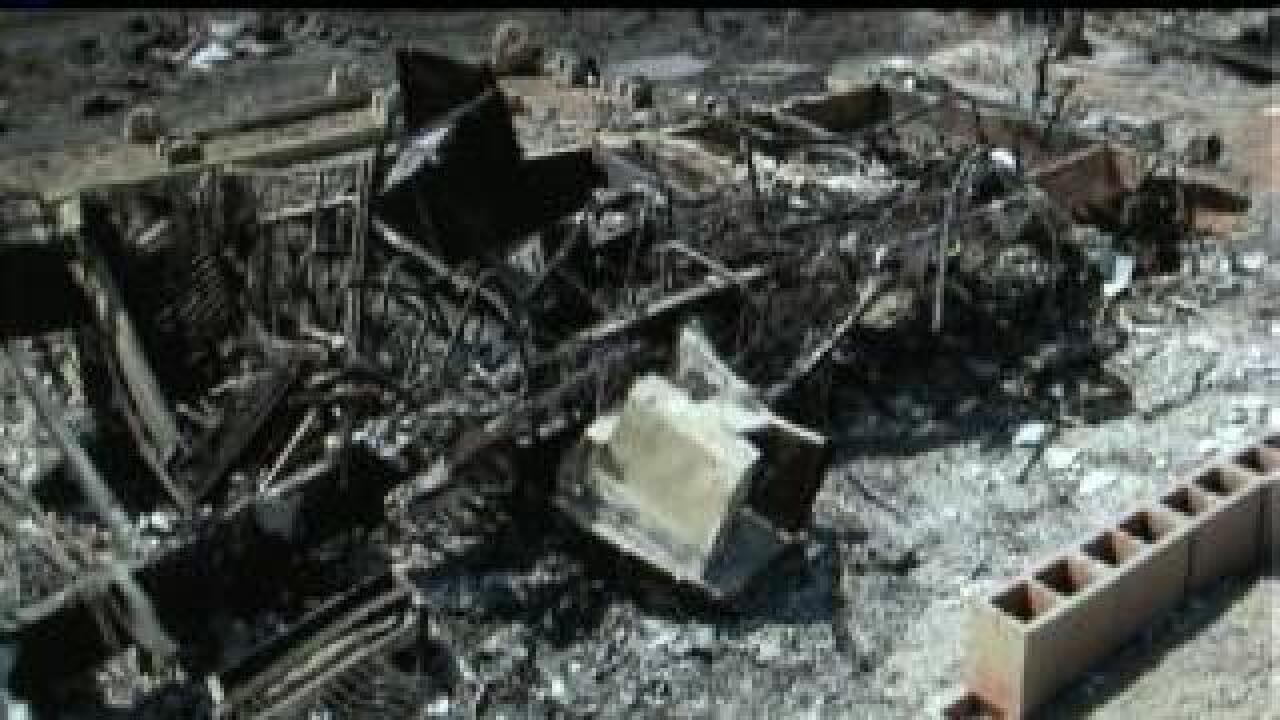 SANPETE COUNTY, Utah - Residents of Sanpete County were able to return to their homes this weekend after the Wood Hollow Fire scorched more than 47,000 acres and destroyed 52 homes and more than 100 other structures.

Many of Sanpete County's residents chose the area because of its beautiful scenery, but after the blaze scorched the area, that is changed forever.

"We called it our little piece of heaven because it was so quiet," said Von Allen, whose vacation home in Indianola was destroyed in the fire. ""This spot was kind of down and hidden away and and we just fell in love with it."

Von and wife Anna bought their property in 1998 and parked a fifth wheel there, making it a home away from home.

Like some property owners, the Allens were at home in Davis County when they found out the fire was dangerously close to their property. By the time Von drove down, there was nothing left of their vacation getaway.

"There's a road right above it, so it was a real easy landmark. And we knew that we were right below that. Just to the north and below that and it was all burned black. So we knew that our property was probably gone," said Von. "We feel bad about the fact that we lost the fifth wheel, but boy, some of those people lost so much more and you just have to cry for them."

Like many of the couple who lost homes in the area, the Allens say they'll likely not replace the fifth wheel, saying they're too old.