Chihuahua has died after being burned in campsite fire

Update: The little Chihuahua, Hope, has died. She was treated for burns after being pulled from a campsite fire.

The Weber County Sheriff’s Office is continue to investigate whether Hope fell into the fire, or if she was thrown.

The organization that took care of her said they believe this was a case of animal abuse.

Weber County Sheriff’s deputies are still not sure if the small dog fell or was thrown into the fire pit at the campground near the South Fork Canyon area. The Chihuahua was rescued by a good Samaritan.

The dog, ‘Hope,’ suffered from extensive burns to more than 25 percent of her body. She lost a toe and is blinded in her right eye. Police say she is doing quite well despite what she went through.

The veterinarian says Hope was brought in on June 20. Hope stayed in the animal hospital for 10 days while the person that saved her, paid the $1,500 vet bill.

True Hearts Rescue Shelter, out of Ogden, is taking care of the dog by bringing her in every day to change her bandages. They say they need the public's help because Hope has a long road to recovery.

Weber County sheriffs are asking the public’s help finding out further details behind Hope’s injuries. They don't know if this was intentional or an accident, but True Hearts Rescue is convinced this is a case of animal abuse.

A donation for Hope's medical costs has been set up and those who want to help can visit the following web page, CLICK HERE. 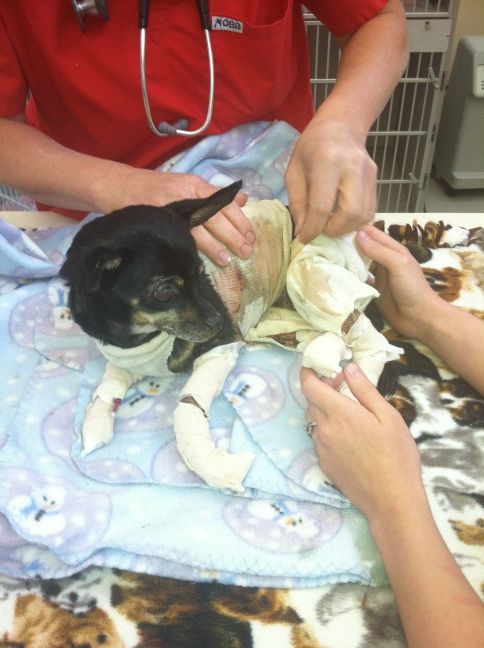