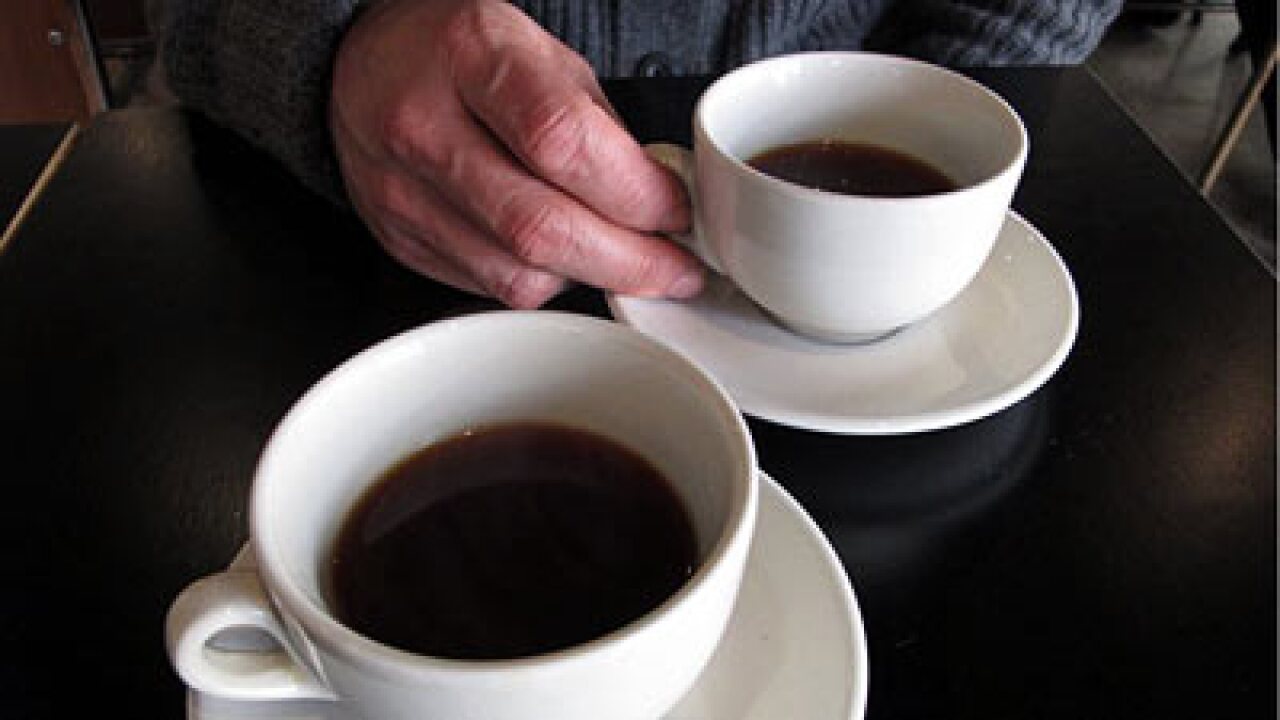 By Val Wadas-Willingham, CNN Medical Producer
(CNN) — Good news, java junkies: Researchers have found the more coffee you drink, the more you may be protecting yourself against skin cancer.

According to a new report published in the journal Cancer Research, drinking more caffeinated coffee could lower your chances of developing basal cell carcinoma, the most common form of skin cancer.

Researchers analyzed data from the famous Nurses’ Health Study on more than 112,000 people. One fourth of those studied had developed basal cell carcinoma over a 20 year period. Investigators found the more someone drank caffeinated coffee, (more than two cups a day) the lower their risk of developing this form of cancer.

Scientists noted caffeine seemed to be key factor, because tea, cola and chocolate, all of which contain caffeine also seemed to cut a person’s risk.

Basal cell carcinoma is a slow-growing skin cancer. Although it is not as serious as melanoma, it can still lead to permanent damage or death if not treated.

Doctors say this doesn’t mean people should be drinking coffee by the gallons.

“I would not recommend increasing your coffee intake based on these data alone,” Jiali Han, an associate professor at Brigham and Women’s Hospital, Harvard Medical School in Boston and Harvard School of Public Health, and an author with the study.

“However,” she continued, “Our results add basal cell carcinoma to a list of conditions for which risk is decreased with increasing coffee consumption. This list includes conditions with serious negative health consequences such as type 2 diabetes and Parkinson’s disease.”

Researchers also noted that this is just the first step; more research is needed to better understand why caffeine cuts someone’s risk of developing this form of skin cancer.