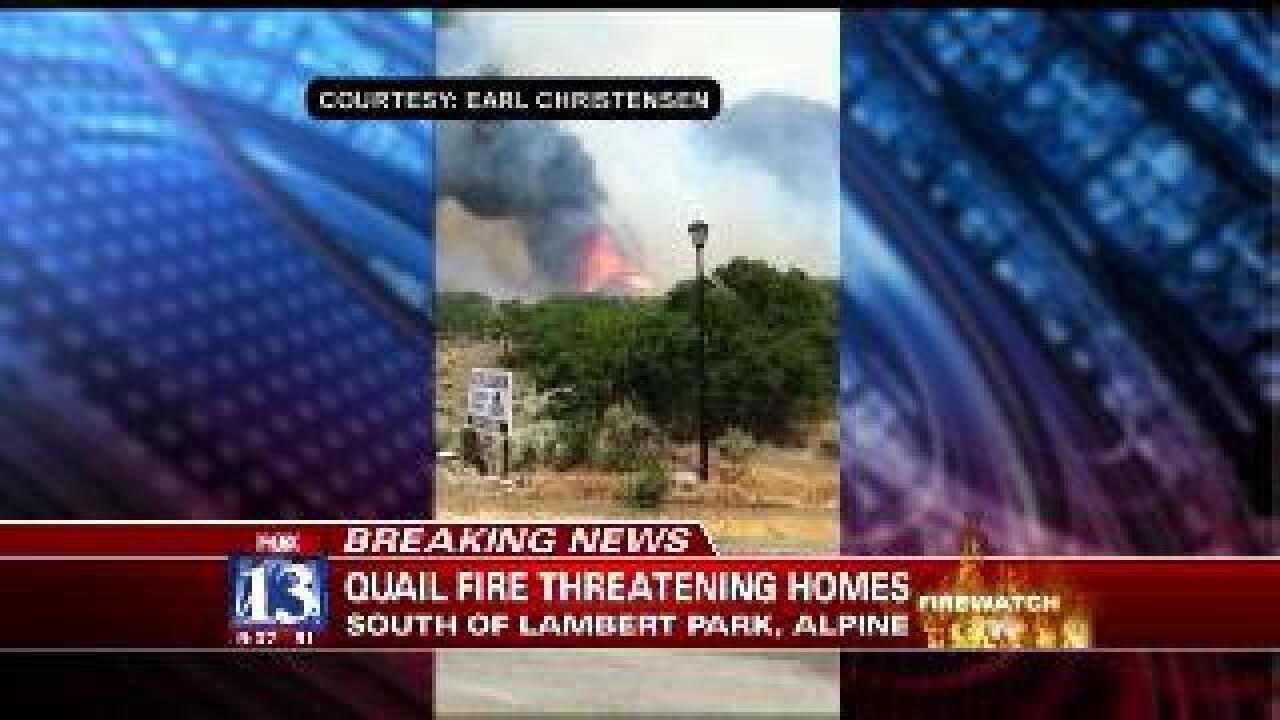 ALPINE -- As Earl Christensen evacuated his home in the path of the Quail Fire, he told his wife he did not expect it would survive.

"My house was, you know, worst possible placement for the fire. The fire was going to burn right over it," Christensen said.

Speaking to FOX 13 outside the evacuation center, Christensen recalled talking to his wife on the phone, telling her it looked like their house was about to burn. Suddenly, the wind shifted and firefighters were able to get closer to the homes they were trying to protect.

Christensen's neighbor lost a barn in the fire, and a video he shot with his iPhone shows firefighters working hard to keep the blaze away from other structures. He shared the video, and the amazing story, with FOX 13.

"A Lone Peak fireman... hunkered down in my backyard between some boulders and squirted my house and squirted the roof," Christensen said. "He said he was about ready to give up. And then, at the last second, it changed and he and those other guys from Lone Peak saved my house!"