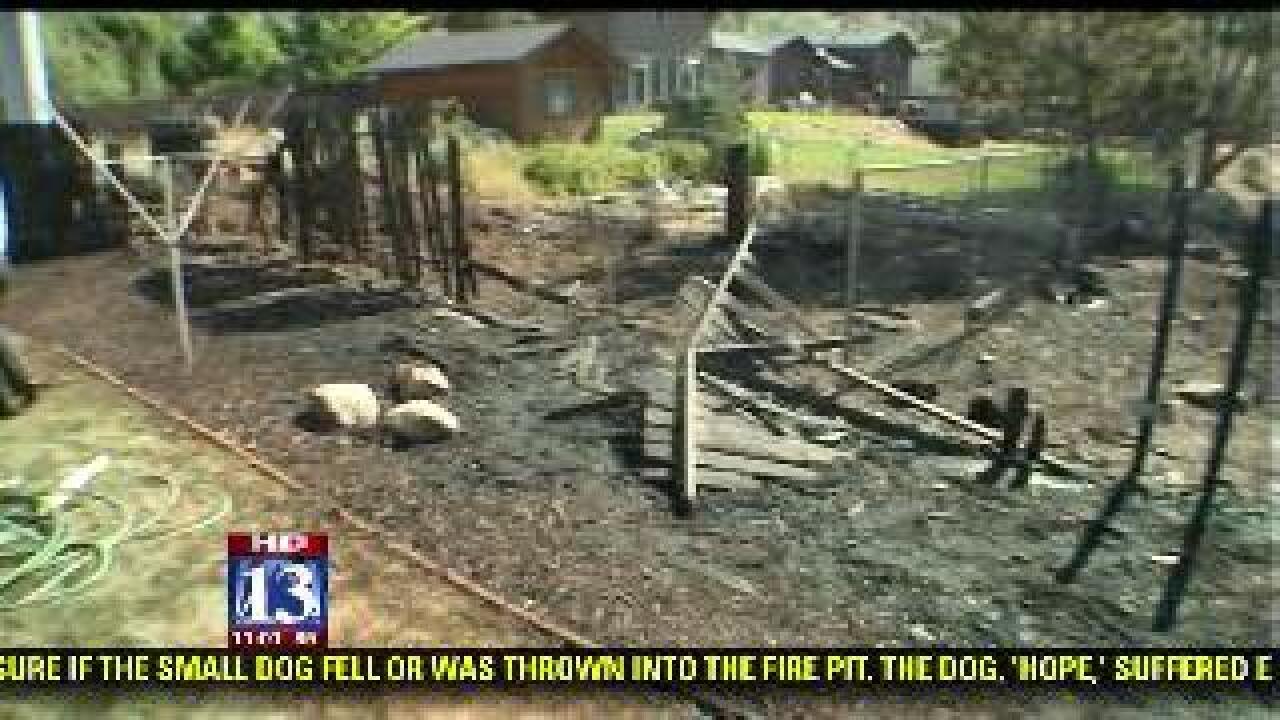 Officials said someone intentionally set the fire. If caught, the person or people will face criminal charges. If you have any information, call Weber County Dispatch at (801) 629-8221.

A second brush fire started in Weber County at about 11 a.m. Tuesday near several Washington Terrace homes. About half an acre burned, damaging a shed and fencing.

"You hear and you listen about and you feel for these people that go through it, but it doesn't compare to  when you go through it," said Toni Deherrera, an evacuee.

The flame took out Deherrera's fence, melted gutters and damaged windows on her home.

UPDATE 10:06 a.m. July 3: Investigators say the fire was human-caused and deliberately started. If you have any information, call Weber County Dispatch at (801) 629-8221.

This was taken from across the mouth of the Ogden Canyon in the parking lot of El Monte Golf Course. It’s about a mile away. Photo: Justin Johnson

UPDATE 9:03 a.m. July 3: Most of the road closures lifted in the Ogden Fire. Residents being allowed to go back home, Ogden Police Department said.

UPDATE 8:52 a.m. July 3: The fire is nearly contained, according to fire investigators.

It started at about 6:30 a.m. on Tuesday. The fire spread west and north because of the winds.

Most of the homes that have been evacuated are not damaged. However a fence near a condo community has burned and another home suffered minimal damage as some vinyl siding melted.

The evacuation orders are still in place.

The cause of the fire is not yet known.

No homes have been damaged and there are not reports of injuries. The fire is estimated to be about 12 acres in size.

He said 40 to 50 homes had been evacuated because of the grass fire. There are 40 people on scene working to control the fire.

Bauman said he hopes it will be possible for residents to return home later today.

"It just all depends on what the winds do and where our progress on the fire is," said Bauman.

UPDATE 8:05 a.m. July 3: Ben Davis, an evacuee in Ogden said the fire was within 10 feet of his home was he was evacuated by firefighters Tuesday morning.

"When I opened my eyes, I saw that home was just filled with smoke," said Davis.

Some homes and apartments in the area of the fire are being evacuated. Weber County dispatch said the fire is getting worse.

We have a crew on their way and will have more details as they become available.