SALT LAKE CITY -- A fire at a Sat Lake City salvage yard emitted black smoke that could be seen throughout the valley Tuesday afternoon.

The fire burned for about an hour as crews worked to contain the four-alarm blaze.

There are reports of tires exploding in the area of the fire.

Some trailers and vehicles in the salvage yard have burned, according to a representative with the Salt Lake City Fire Department. 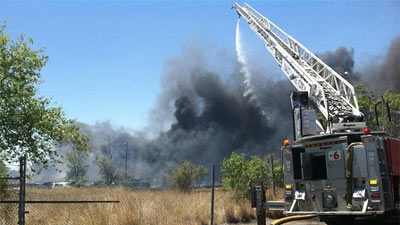