Areas burned by fires at greater risk of flooding 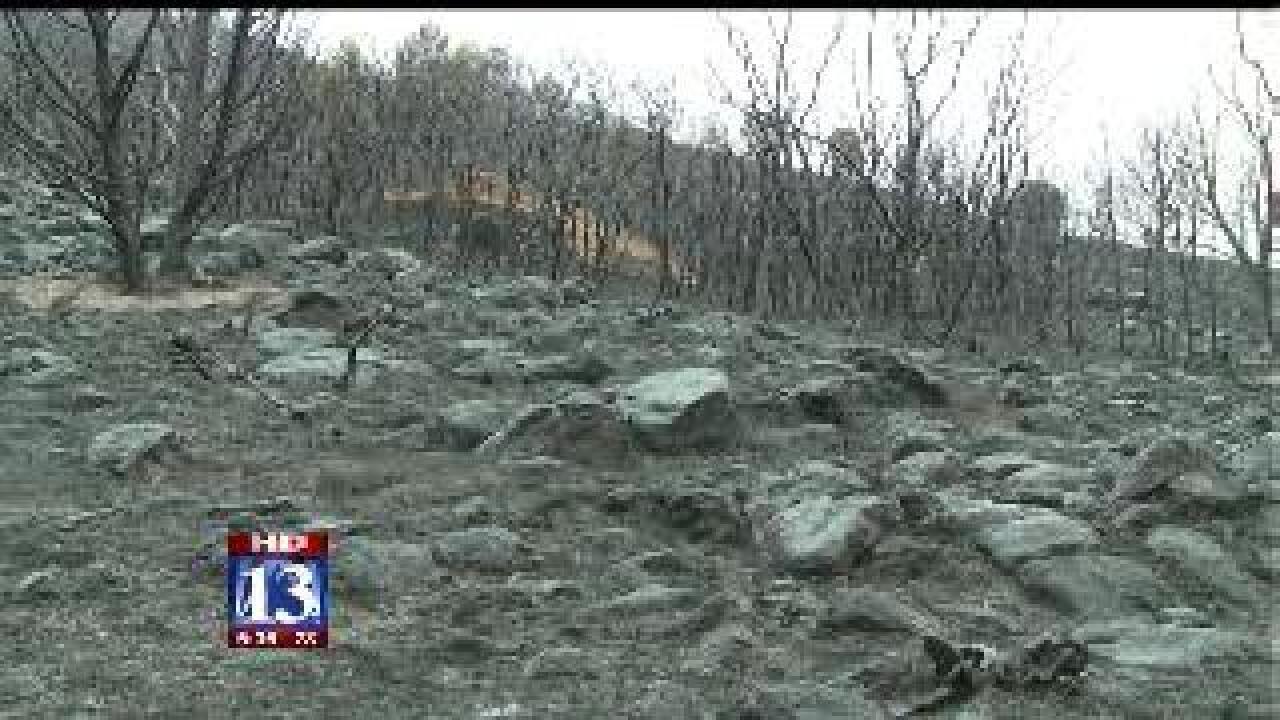 SALT LAKE CITY - Rainy weather in Utah on Thursday is good for areas that haven't been burned by wildfires yet, but as the rain continues, it could mean mudslides for places that have burned.

When the rain began falling Herriman City sent people out to the hillside watching for possible slides.

"The rain is a blessing in so many way, but clearly with the burn scar it raises some concerns," said Herriman City spokesperson Nicole Martin. "Our attention turns to soil monitoring, receding possibilities in this area."

"We quickly turned our attention from the containment, after it was contained and public safety was assured, quickly to the efforts of reseeding. So it's actually being proactive as we were with the Machine Gun Fire and repeating that again with this fire," said Martin.

When the rain hits, the ash, debris and dirt left behind after a wildfire has nowhere to go but down the mountainside and possibly into homes.

"We've had many debris flows up along the Wasatch Front and really throughout Utah over time. These have damaged homes and created big problems who live in the area," said Brian McInerney, a hydrologist with the National Weather Service. "The problem that we have with any kind of precipitation falling on burned ground is that we have a great deal of potential for debris flows."

The forecasted precipitation isn't necessarily enough to create a flood, but geologists say so much land has burned this early in the season is increasing the risk.

"You need an intense rainfall to start one of these events. Typically what we see is rain falling for a period of time and then kind of a trigger, an intense thunderstorm that drops a lot of rain in a short period of time," said McInerney.

A lot of the land burned in Utah so far this season is in steep terrain where it can take years for plants to grow back.

"It has to be steep terrain, that's the key in order to get a really flashy discharge in terms of the thunderstorm rainfall to get that to come off quickly," said Rich Giraud, Senior Geologist for the Utah Dept. of Natural Resources. "That risk is always there. So any time that you're in a burn area, or below a burn area, especially along the channel, you need to be aware that there is potential for debris flows, it's an increased risk that's there."

Alpine Mayor Hunt Willoughby says Forest Service officials have done evaluations on the hillside where the Quail Fire continues to burn and they will continue to monitor the area for possible flood dangers.