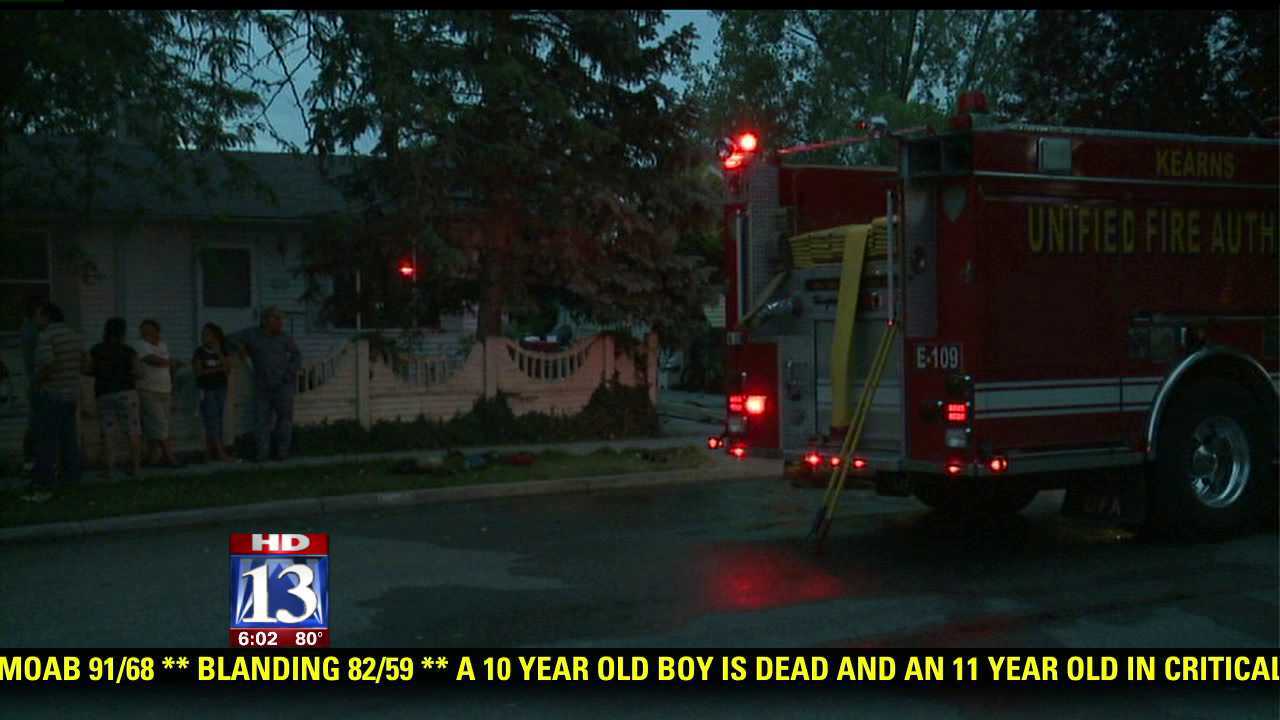 SALT LAKE CITY - A night of fireworks led to several fires across the Salt Lake Valley.

Fire officials said the weather conditions were on their side and all the fires are out Thursday morning.

Firefighters put out a small brush fire near Ensign Trail that started around 1 a.m. Thursday just north of the Capitol.

Fire crews had to hike to the fire with backpacks of water to put out the flames. It burned about one acre.

"We do believe that it was potentially human-caused," said Jason Asay, Salt Lake Fire public information officer. "It would have been a lot of things, fireworks, campfires. We think people might have gone up there to get a view of the fireworks that were going on during the firework shows and something that they would have done could have started that fire."

Witnesses said they saw a large group of people leave the area as the fire began, but police are still investigating. It is not clear is they were responsible.

Firefighters doused a second fire just northeast of Ensign Peak near Memory Grove. Firefighters were able to get the fire under control so quickly because they were nearby and spotted it early on.

A suspect has come forward saying he caused this second fire.

The fire was reported around 11 p.m. on Sanibel Cove and burned about half an acre.

Firefighters said heavy flames could be seen from miles away. The fireworks were being set off in a field behind some homes, according to officials.

Unified Fire Authority's Chief said the people were in compliance with the fireworks restrictions, but the fire spread up the hillside into a banned area, creating a unique situation for investigators.

Firefighters said they were able to quickly put the flames out because they were taking extra precautions with the Fourth of July holiday.

Unified Fire officials said there were no injuries and no damage to buildings, but he said the flames came within 25 feet of a home.

A shed was destroyed in Kearns after fire crews say a young boy lost control of a firework.

Crews were called to a fire around 9 p.m. Wednesday near 39th West and 60th South. The say the boy dropped a firework and it went off in the house's shed.

"This is the hottest and driest year that i have worked the fourth of July in 15 years with the UFA, so it's gonna be a busy night," said Captain Jeff Taylor, Unified Fire.

Crews were able to keep the fire from spreading to the home. Officials said fireworks were allowed in the area.