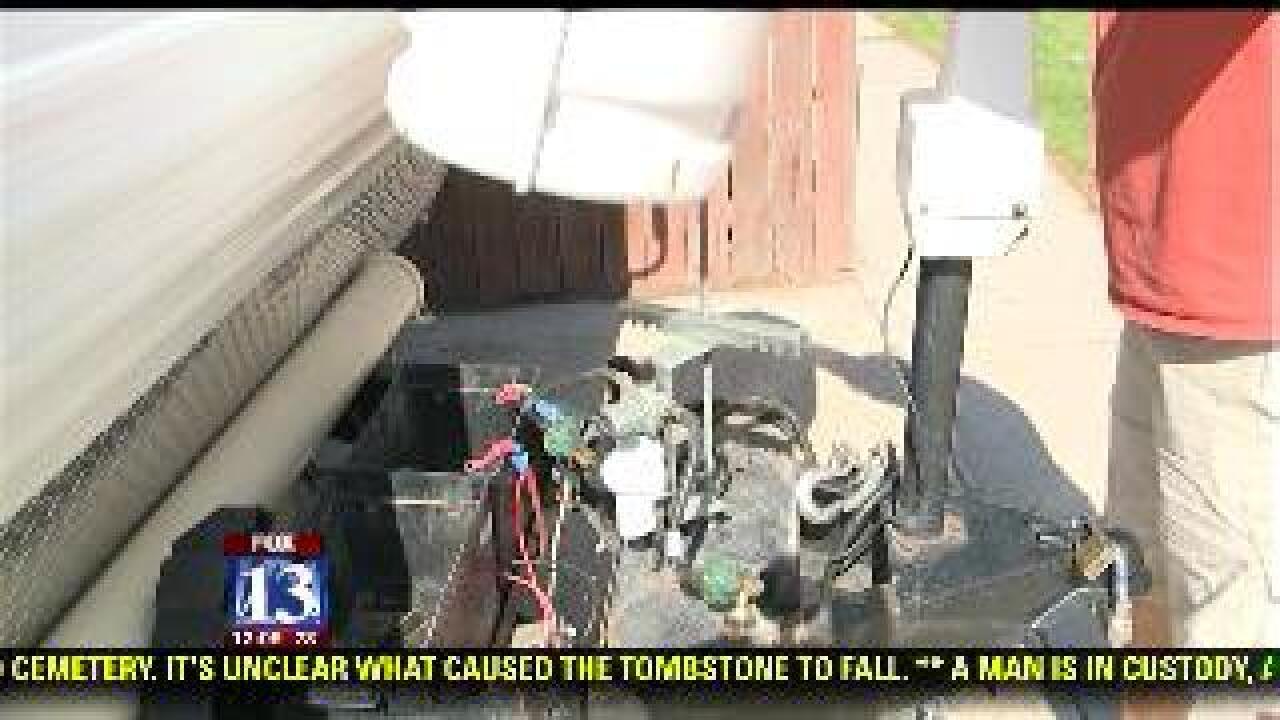 TAYLORSVILLE, Utah - Camper batteries and propane tanks are going missing in the Taylorsville area, according to residents.

Taylorsville resident Larry Turpin keeps his camper in the driveway, like many others.

As he was preparing for a weekend away, he said he noticed the covers for his marine batteries were on the ground.

"Bam, it hit me. They'd been stolen," said Turpin. "So I went out, and basically the lids were on the ground. I had to run over and buy two new batteries - cost $180 for two batteries - before I could go on my trip. It delayed me an hour to get going, plus being frustrated and mad."

Turpin says he talked to some neighbors who say they've had the same thing happen to them; another couple also had a propane tank stolen.

"The loss of two batteries and two propane tanks going to run you $550, not to mention propane, which is $5 a gallon," he said.

Det. Levi Hughes, Unified Police Department, said people often set themselves up as victims because they don't take the necessary precautions such as locking down the items or storing them inside.

"They contain valuable items, they contain batteries that are worth $100 to $150. Propane tanks that can, again, be up to $100," said Det. Hughes. "These items are easily sold and easily converted to cash."