Part of a street in a Murray neighborhood caved in Friday afternoon after a 50-year-old water main collapsed.

Neighbors said the road at 1210 E Hyland Lake Dr (5880 S) began to swell up and spout water before it collapsed.

"The water was shooting out underneath the asphalt on both sides into the gutter," said Debbie Richter, a witness. "You could hear it roaring underneath. It was loud!"

A representative for the Jordan Valley Water Conservancy District said approximately 15 homes south of Lupine Way and Hyland Lake may go without water for a few hours until the six inch pipe is repaired.

A crew shut off the water supply to the broken pipe and began repair work around 2 p.m. 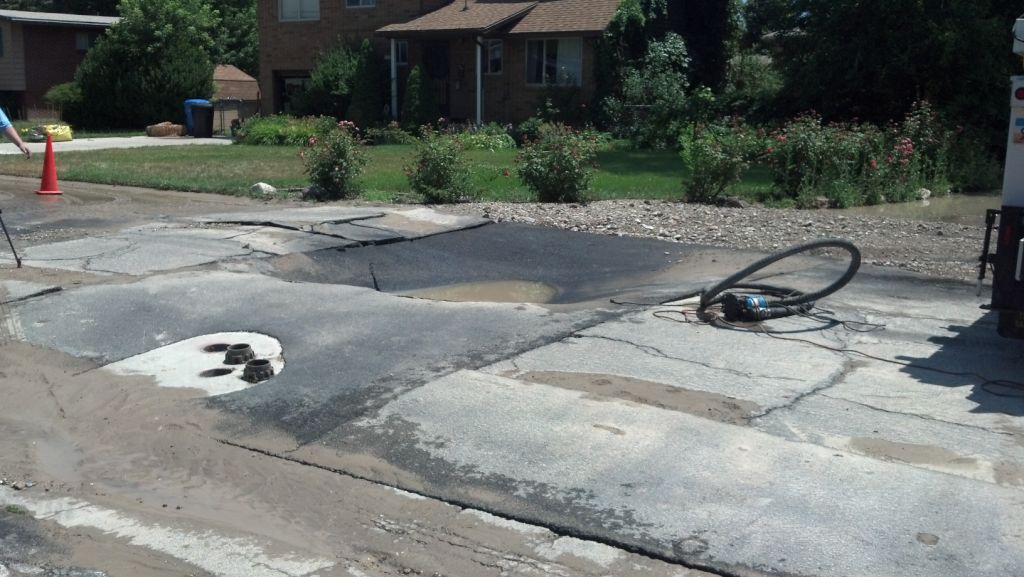