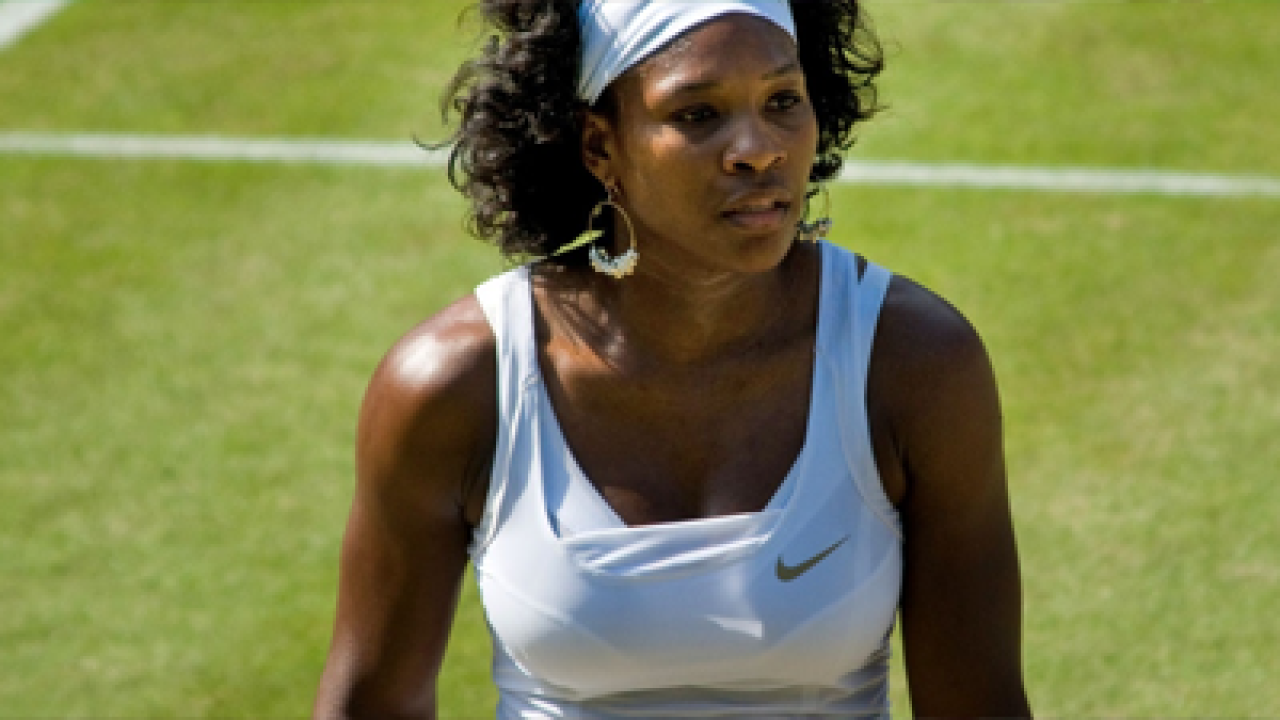 (CNN) — Serena Williams fended off a stirring fightback from Agnieszka Radwanska to win her fifth Wimbledon singles title with a 6-1 5-7 6-2 victory Saturday.

It was the 30-year-old American’s 14th grand slam crown and her first since winning at the All England Club in 2010, but Poland’s Radwanska made her fight every inch of the way.

Suffering from a respiratory problem and trailing after a one-sided first set, Radwanska recovered from a break down in the second to give Williams a real Centre Court scare.

After leveling at one set all, Radwanska took a 2-1 lead in the decider before Williams romped to victory with a run of five straight games.

She celebrated by climbing into the stands to embrace her sister Venus and other close connections.

Williams spent almost a year on the sidelines, being struck by first injury then serious illness after being laid low by dangerous blood clots.

A visibly emotional Williams showed how much victory meant to her in her post-match interview.

“I can’t describe it. I almost didn’t make it a few years ago. I was in hospital and I thought I’d never be here again, so this makes it so worth it,” she said.

“It’s all the sweeter. I was so down but you never give up. You have to continue,” she added.

Williams has capped her steady return to the top with an emphatic performance on the grass courts, particularly since the quarterfinals where she dispatched reigning champion Petra Kvitova.

A semifinal win over Victoria Azarenka of the Belarus took Williams into the final, but Azarenka will have the consolation of going to the top of the new world rankings Monday.

Radwanska will rise to number two off the back of her fine run and has enhanced her growing reputation.

“I am very proud to have got to the final. I am still shaking but I tried, it just wasn’t my day,” the 23-year-old told BBC Sport.

“I have been unlucky here, playing in the wind and the rain, but I still played some great matches.”

Williams, who wins $1.78 million, is the first woman over 30 to win Wimbledon since Martina Navratilova in 1990 and has now matched the Wimbledon singles tally of her elder sister Venus.