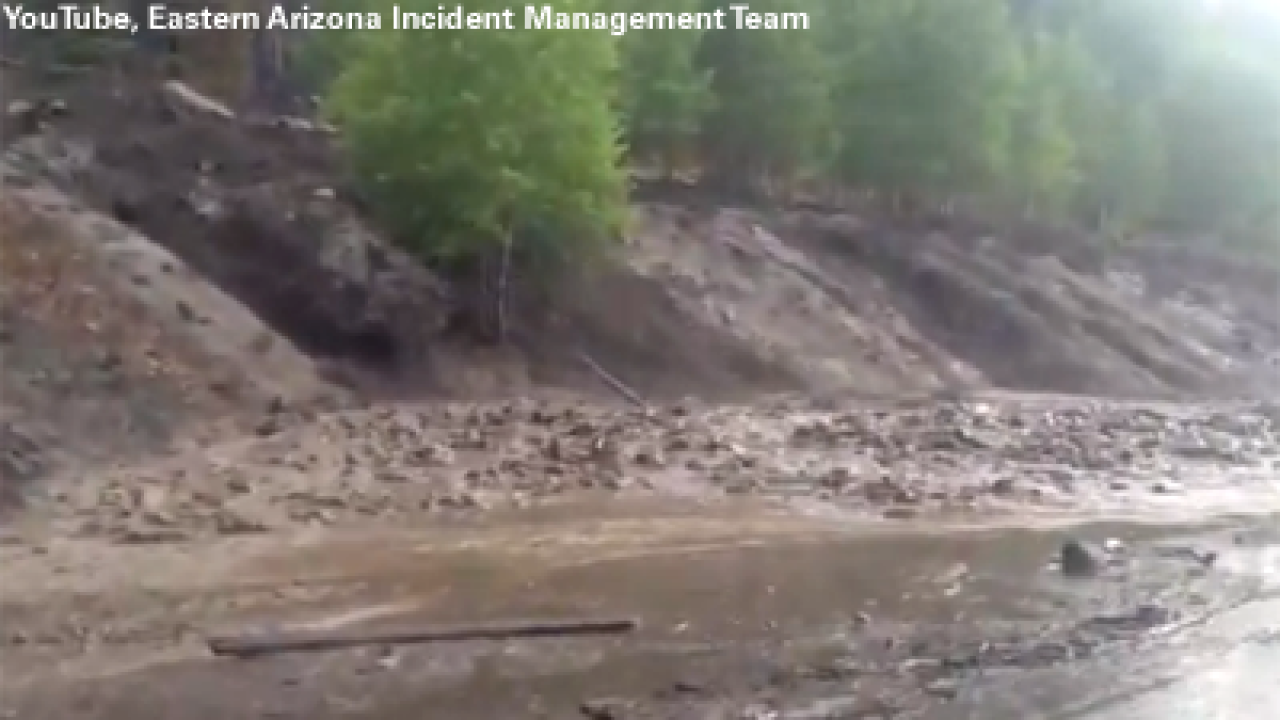 SALT LAKE CITY, Utah - As areas across the state recover from wildfires, people living around the charred land now have to worry about landslides.

Some areas of central Utah are already dealing with the watery aftermath of precipitation in the burn scars of wildfires. Crews fighting the Seeley Fire in Carbon and Emery Counties were forced to halt operations as massive mudslides crossed the roadways. Flash flood warnings have been in effect in the area for the last several days.

The weather is still dry and hot in other parts of Utah, but hydrologists say that if precipitation falls near a burn scar, flooding is very possible.

"You have fires that moves it, burns organic matter off, burns vegetation, if it's extremely hot it can burn the root system off," said Randy Julander, Natural Resources Conservation Service. "It hits the channel and then it entrains all of this burn material, ashes, mud and rocks and what you have is a debris flow, instantly."

Julander says that areas where fires have burned on steep terrain are most at risk of serious flooding.

"It's nature's way, been going on for millions of years without our help. We just hope to protect lives and property and get some of the things stabilized," he said.

Specialized teams go into areas burned by fire to assess damage and begin the process of rehabilitation.

"They'll try to get these teams in there just as quickly as possible to get the area stabilized to some degree to provide some kind of protection for the people and structures down below," Julander said.

Julander says the burned forest above heavily-populated areas like Alpine and Herriman will likely be the first stop for those specialized teams.