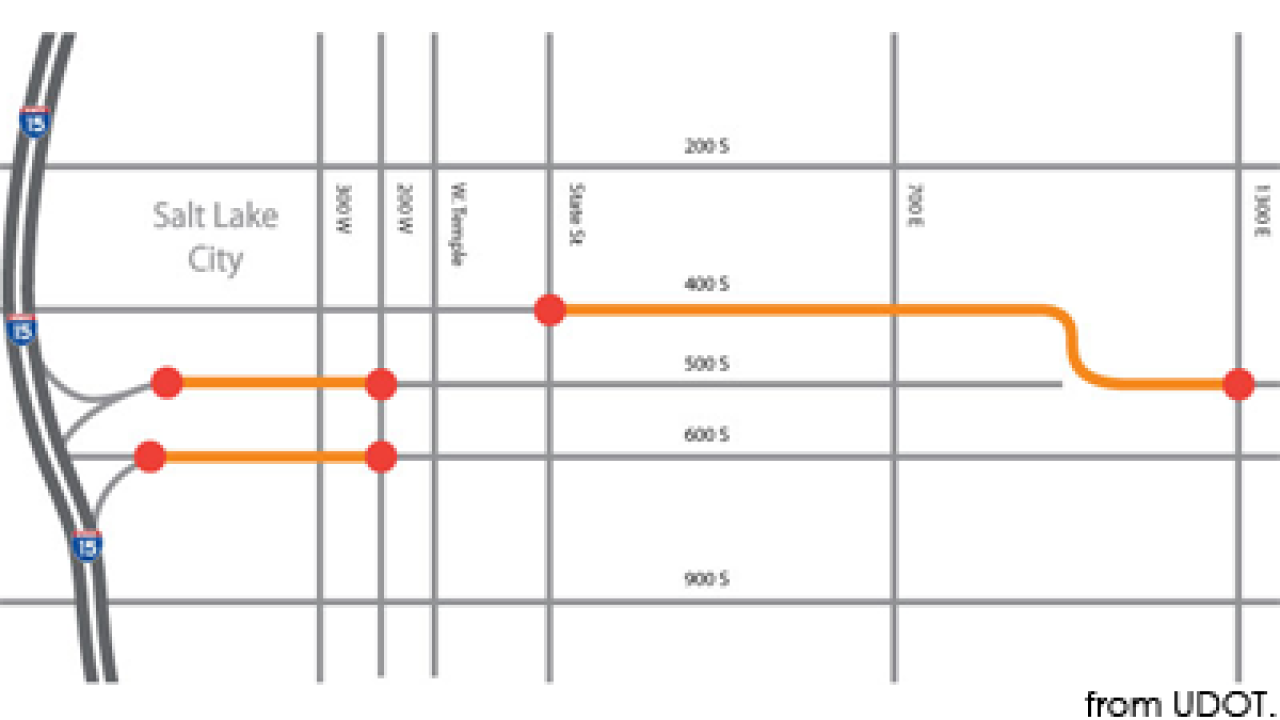 SALT LAKE CITY - The Utah Dept. of Transportation is planning construction along three of downtown Salt Lake City's busiest roadways, but UDOT says the work shouldn't be too invasive for commuters.

"I think that it's honestly sufficient the way it is," said Lee.

But Vick Saunders with UDOT says while the roadway looks okay, its what commuters can't see is the biggest problem.

"A lot of time people will look at the road and they'll say, 'Well jeez, this road look great, why are they working on it?' Well sometimes it's what you can't see that's the most important part," said Saunders.

Saunders says most of the repaving will be completed at night with barriers and road blocks removed during the day; he says commuters will hardly notice the construction.

UDOT says the repaving will make the roadway last three to five years longer, so the few weeks of construction will make for a much smoother ride.

The project schedule is as follows:

Monday, July 9: Work on 400 South between State Street and 1300 East begins to replace the asphalt. The majority of work will be done during nighttime hours to maintain business accesses and traffic flow. However, there will be some activities that will require daytime work.

The project will be complete in September 2012.

For more information on the construction, visit www.udot.utah.gov/metro.