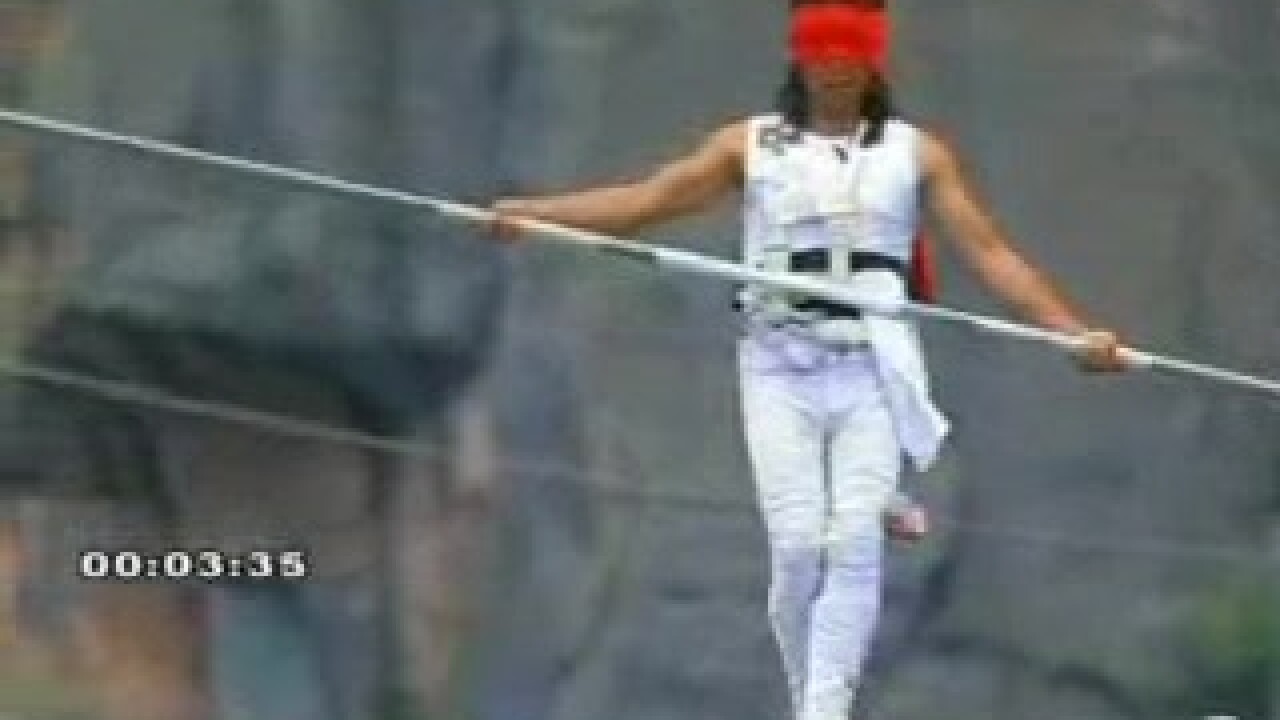 He tried to walk a half-mile tightrope backwards with his eyes closed. The tightrope sloped at up to 30 degrees in some places, the rope was swaying during the walk and he took no safety precautions.

He fell about 757 feet near the end, but wasn't seriously hurt. He blames the wind for the fall.

80,000 pounds of tomatoes were tossed in Denver as part of a massive food fight.

The tomatoes came directly from farmers in Arizona and California who have a surpluse of bruised, past-ripe and unsalable tomatoes.

Husbands carried their wives through obstacle courses as part of the annual Wife-Carrying World Championships in Finland.