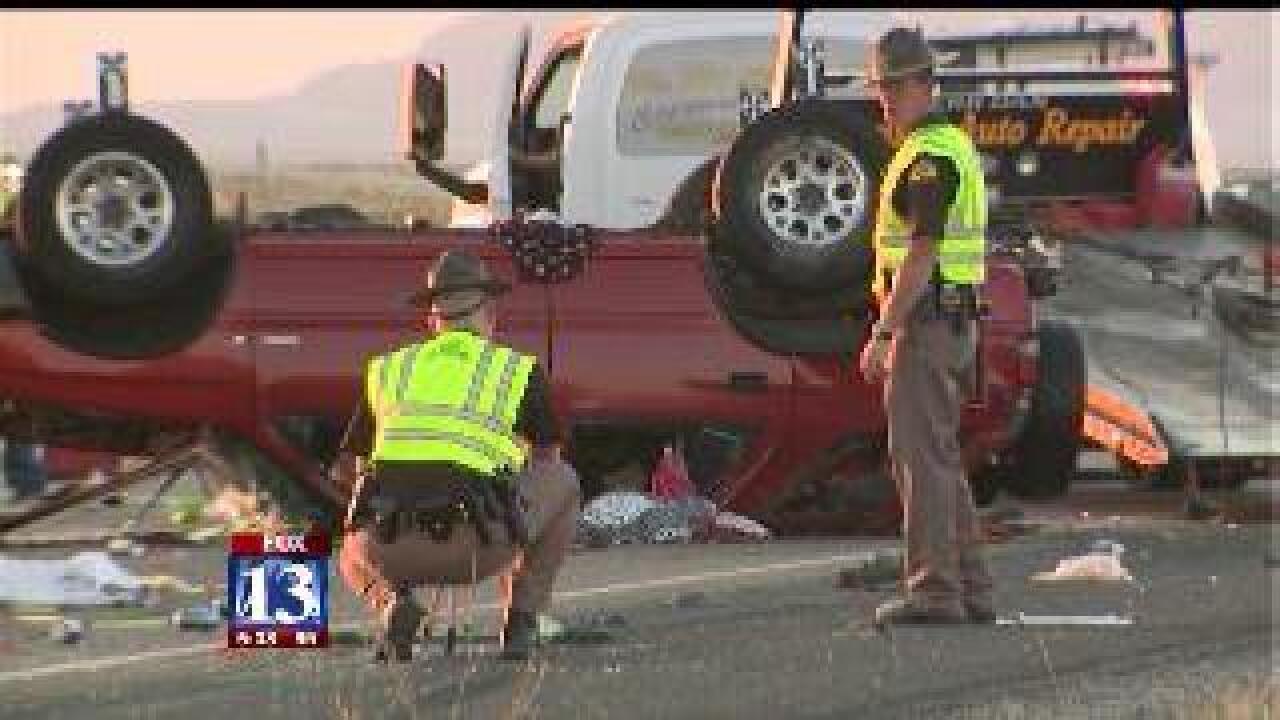 TOOELE COUNTY, Utah - A 22-year-old Utah man is dead and another man is in critical condition after a crash in Tooele County on Monday morning.

The crash happened after 4 a.m. on Interstate 80 near mile marker 70. It is west of Tooele, near Delle.

"He kinda weaved in the road. It looked like he over-corrected and then it rolled over," said Chuck Hill, witness. "We see him weave a little bit the next thing you know you see a bunch of dust; it's what happens when a vehicle rolls over."

Sgt. Evan Kirby with the Utah Highway Patrol says the accident is still under investigation and they're not sure whether the driver became distracted or fell asleep.

"We don't know if the driver fell asleep or if he was distracted but he drifted off to the left shoulder and he over-corrected to the right, lost control there. The trailer flipped out and the vehicle rolled several times, ejecting the front passengers," Kirby said.

The victim has been identified as Jeffery Pacheaco. The other man, who is in critical condition, is Jeffery's brother Jacob Pacheaco, 35.

The two men are brothers. Also in the vehicle were a woman, identified as 23-year-old Alexiss Danner, and an infant. They were taken to the hospital, but were not injured.

They were moving to Utah from Carson City, Nev. There was a U-Haul trailer attached to the vehicle.

Witnesses traveling the same route rushed to lend a hand. They say the woman and child were very calm and appeared to be in shock.

"She was extremely calm, in fact her little boy wasn't crying at all. He was one or two years old. She had a laceration on her knee but she was standing calmly. She didn't really know what to do; she could see her boyfriend was obviously in pain," said Jarrin Stevens, a witness.

Alcohol was not a factor in the crash. Investigators say it's clear by the difference in the severity of injuries that the two men were not wearing seat belts, but the woman and child were buckled.

"It is an unfortunate example of why we stress seat belts so much," said Kirby.

Investigators are still trying to figure out which brother was in the driver's seat and why the vehicle rolled.