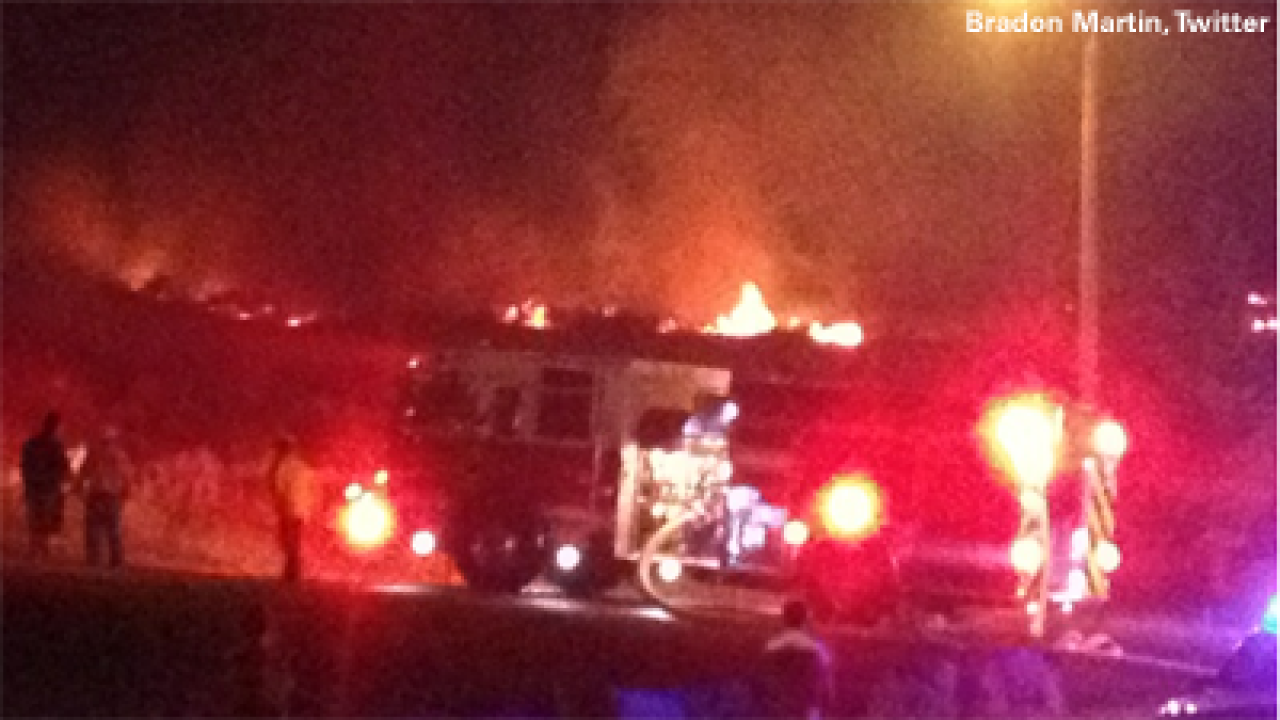 The blaze started Tuesday night on Pleasant View Mountain, located at around 3925 North and 525 East, in North Ogden after 10 p.m. It burned about six acres.

The fire prompted the evacuated of 75 to 100 homes. Those people have been allowed to return home.

Weber County officials said they had help from other fire agencies and were able to quickly put out the flames.

"We kind of have in our minds, they we know if we get a fire that's moving like that in these conditions we need as many people as quick as we can up front," said Captain Brendon Hunt, North View Fire Department.

A strong wind carried the fire along the backside of homes in the area, but never burned any of them, according to officials.

A neighbor said he saw a car engulfed in flames and believes the car may have started the fire.

Investigators have not released an official cause of the fire.