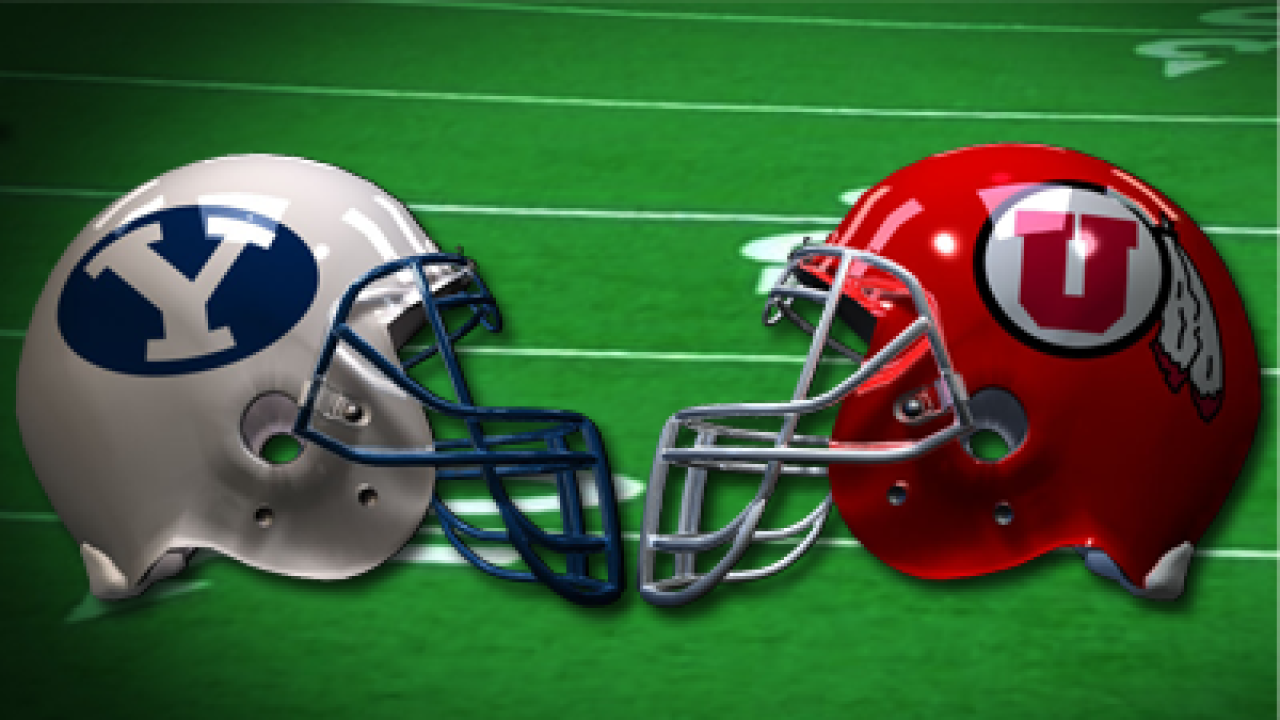 SALT LAKE CITY - The century-old Red-Blue rivalry game between Brigham Young University and the University of Utah is going away - at least for two seasons.

Utah Athletics Director Dr. Chris Hill announced Tuesday that the teams will not play in 2014 or 2015 because the Utes play non-conference games versus the University of Michigan those seasons and chose not to schedule the Cougars because of concerns about their schedule strength.

Hill said that the teams will meet at LaVell Edwards Stadium in Provo on the 4th week of the 2013 season, which would be Saturday, September 21, and they'll play at Rice-Eccles Stadium in Salt Lake City in 2016. He said the future of the rivalry is uncertain beyond that season.

Dr. Hill also released a statement Tuesday that read:
“When we joined the Pac-12 Conference, we knew there would be opportunities for Utah athletics that were never available before. A home-and-home series with Michigan is an example of something that we would not have envisioned even a few years ago and felt we could not pass up. It made our already tough schedule that much tougher and I did not think it was fair to our football program to schedule BYU on those years. We are solidly committed to play BYU in 2013 and 2016 and are close to finalizing a contract. Our intent is to continue to schedule BYU unless unusual circumstances dictate otherwise. In no way does this signal an end to the rivalry.”

According to Utah, the Utes and the Cougars have played 93 times since 1896 (87 times since 1922 according to BYU which doesn't count 6 games played from 1896 to 1898 when the school was known as Brigham Young Academy). The teams have played every year since 1946 after a three year interruption during World War II.

Utah leads the all-time series 55-34 with 4 ties, BYU counts it as 52-31-4. The Utes won last year's game 54-10 in Provo. It was the first non-conference meeting between the teams after Utah joined the Pac-12 Conference and BYU went Independent in football in the summer of 2011.

At BYU's Football Media Day on June 27th, Athletic Director Tom Holmoe stated his desire for the rivalry to continue on a yearly basis.

On Tuesday, Holmoe released a statement saying:
"As a former player and coach I love the BYU-Utah rivalry. It is one of the great rivalries in all of sports. There is so much history and tradition in the game. I understand that Utah has some challenges with scheduling, but as I have indicated on several occasions it is our preference to play the game every year. In the future, I know we can find a way to make that happen."

Fans on both sides of the rivalry say they're disappointed that the Utah vs. BYU "Holy War" will be put on hiatus for two years.