Semitrailer crashes on I-80, spills 80 gallons of fuel 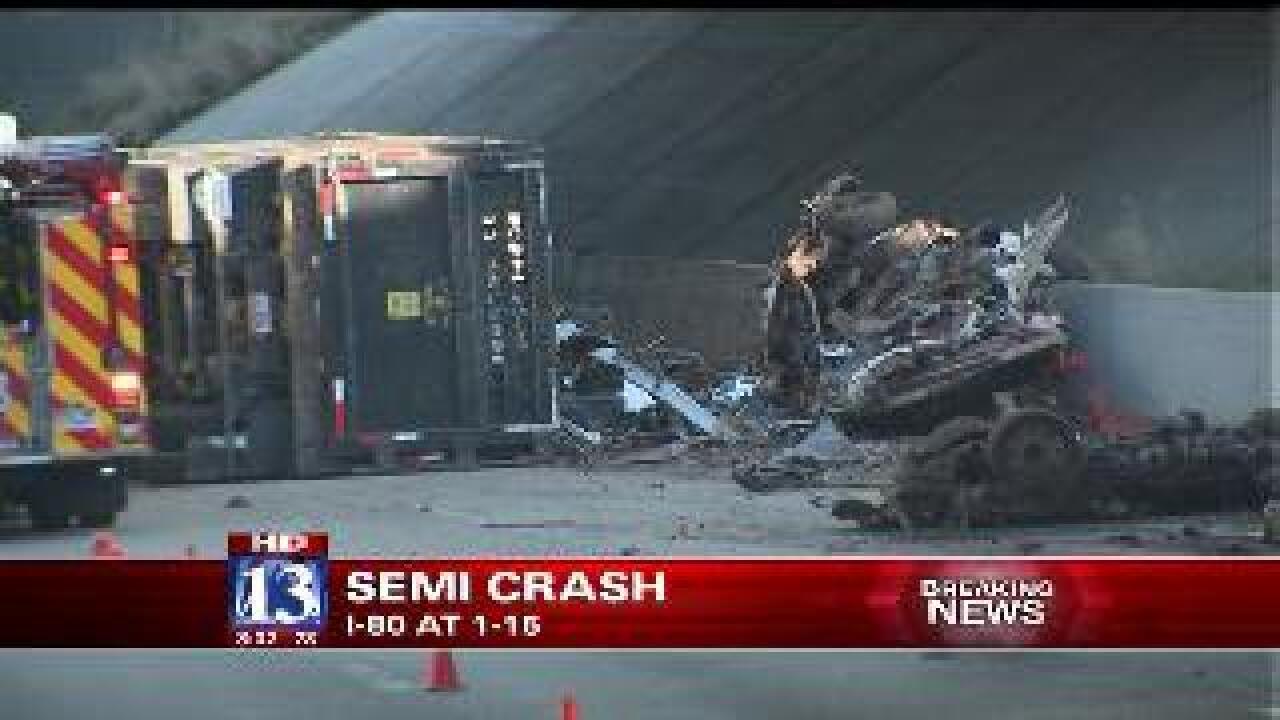 SALT LAKE CITY -- A semitrailer crashed at the interchange of Interstate 15 northbound and Interstate 80 westbound in Salt Lake City on Tuesday just before 7 a.m.

The semitrailer was carrying compacted cars and spilled 80 gallons of diesel fuel spilled across the roadway.

The clean up took officials several hours and the roadway opened again at about 11 a.m. on Tuesday.

"So right here on the road there is about 80 gallons of diesel fuel that has spilled," said Sgt. Keith Dockstader, Utah Highway Patrol. "The health department will respond and help with the clean up on that."

A car braked in front of the trailer, which then over-corrected and rolled, according to officials.