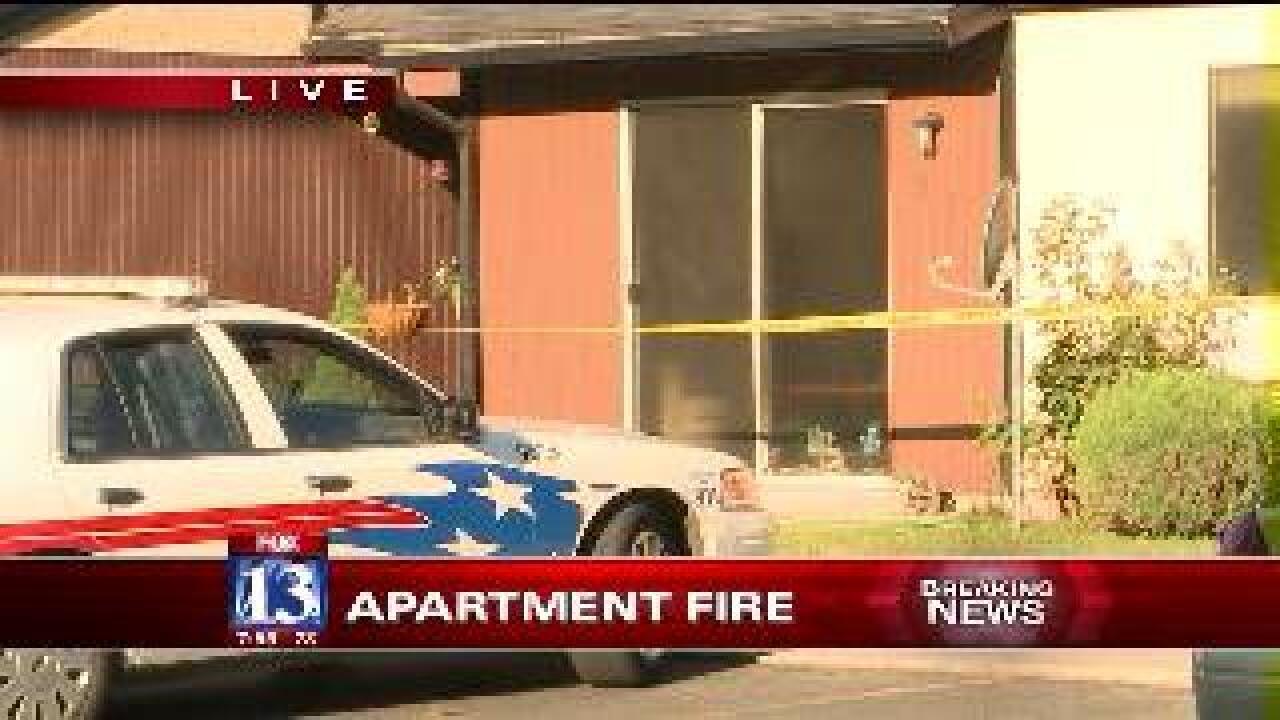 OGDEN, Utah -- A 75-year-old woman was found dead inside an apartment after a fire at 615 Jefferson Avenue in Ogden Tuesday morning.

Fire crews responded to the home near 400 East and 700 South. The fire was contained to one unit in the apartment building.

The woman was a widow and lived alone in the apartment, according to officials.

The fire started sometime during the night and was completely out when firefighters arrived at about 6:20 a.m., according to the Ogden Fire Department.

"Apparently the fire broke out in the apartment during the night at some time. The reports we are getting from neighbors are that at 2:30, they had heard yelling coming from the apartment," said Baumann. "At 3:30, they heard smoke detectors. Nobody had checked on the occupant."

The call to 911 came at 6:11 a.m. after a newspaper delivery person alerted a neighbor about the alarm, according to Baumann.

Investigators said the fire was a tragic accident and are still unsure of the exact cause.