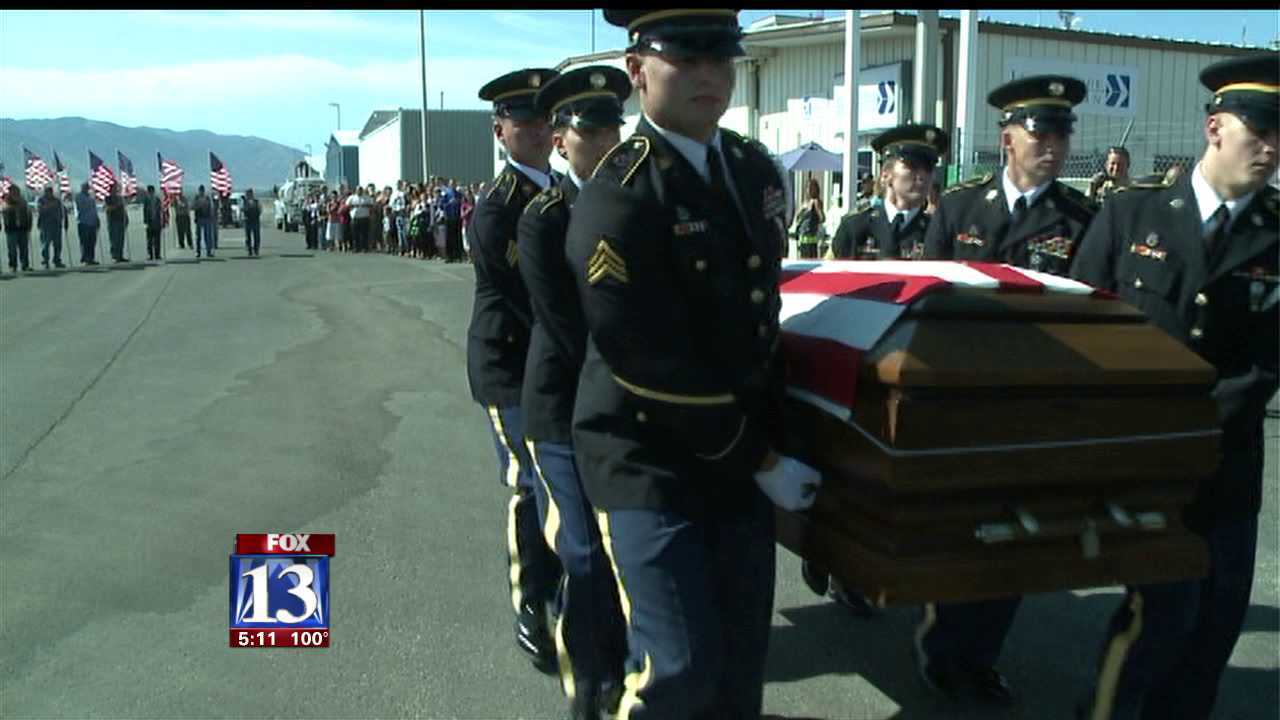 PRESTON, Idaho -- Friends and family of an Idaho soldier gathered for an honorable transfer ceremony on Wednesday at the Logan Cache Airport.

“Seeing displays of the community like we're seeing today, and like I know you're going to see if you go up into Preston -- on the road between Franklin and Preston -- it's always very inspiring. It lets you know the community did lose an honored member of their community,” said Idaho National Guard Col. Timothy Marsano.

People from both the Franklin and Preston communities came out to pay their respects to a fallen soldier and a dear friend.

“He was a good kid. He was always willing to help you out,” said Franklin resident Kristen Morrison. “He was an Eagle Scout and he wanted to be in the military for a long time. This young man gave his life for our country.”

Funeral services will be held Friday at 11 a.m. at the LDS Church North Stake Center in Preston.

Moosman died during a firefight last Tuesday in the Gayan Alwara Mandi area of Afghanistan.