BOULDER, Utah -- A man missing for three weeks in some of Utah's most unforgiving country is reported to be hospitalized in stable condition.

Authorities say it is amazing that William Martin LaFever even survived the experience at all. But he told rescuers it was a "spiritual experience for him."

"He felt the desert was calling him, and that's why he made the trip in the first place," Utah Highway Patrol helicopter pilot Shane Oldfield told FOX 13 on Friday. "So his time alone in the desert facing death, he felt was a spiritual experience."

LaFever, 28, of Colorado Springs, Colo., called his father on June 6 saying he was in Boulder with his dog, hiking. Garfield County Sheriff's deputies said the man, who is autistic and lives on disability, told his father he was out of money and someone had stolen some of his hiking gear.

John LaFever told his son to get a ride to Page, Ariz., deputies said, where he would wire him some money. His father didn't hear from William again. Deputies said he didn't realize William's plan was to hike down the Escalante River to Lake Powell and try to find a boat ride to Page.

Retracing his steps, deputies said LaFever started off down the Escalante River at Highway 12 between Boulder and Escalante. As the days went on, he ran out of food and his dog left him. Authorities estimate he'd hiked nearly 50 miles.

LaFever lived off of roots, plants, a fish he'd caught and a frog.

"He told us he'd eaten a frog the day before," Oldfield told FOX 13. "It didn't sit too well on his stomach so he didn't want to do that again. He'd been eating some roots and some plants in the area he thought were edible."

On Monday, William's sister Lisa called the Garfield County Sheriff and reported her brother missing. That's when Oldfield and the Utah Department of Public Safety helicopter was enlisted. On Thursday, they began searching the Escalante River and found him 45 minutes later.

"He was attempting to wave," Oldfield said. "It was pretty meager. He didn't have much strength left in him."

"We walked up to him and were absolutely dumbfounded to learn that it was William, and that he was alive. You've seen pictures of starving people from other countries; in all my career I have never seen someone so emaciated. I could not believe that he was alive, and feel certain that in another 24 hours he would not have been alive," Gardner said in a statement.

Gardner took a search and rescue class only a few months ago that dealt with finding people who are autistic, the sheriff's office said. The deputy said he learned that those with autism are naturally drawn to water, and that if someone who is autistic is missing, that if there is a water source nearby, to look there first.

Oldfield said LaFever was so starved for attention, he wanted to talk with them before getting in the helicopter. They had to persuade him to eat a granola bar and an MRE.

"He had been spending his days laying in the river and his nights laying on the bank," Oldfield said. "So it kept him from getting overly dehydrated."

LaFever is hospitalized in St. George, where he is expected to recover. His father told FOX News he warned his son against the trip because of the extreme conditions.

"Sometimes you have to learn the hard way," Jim LaFever said. "I'm just relieved that he's alright and I can go and bring him home." 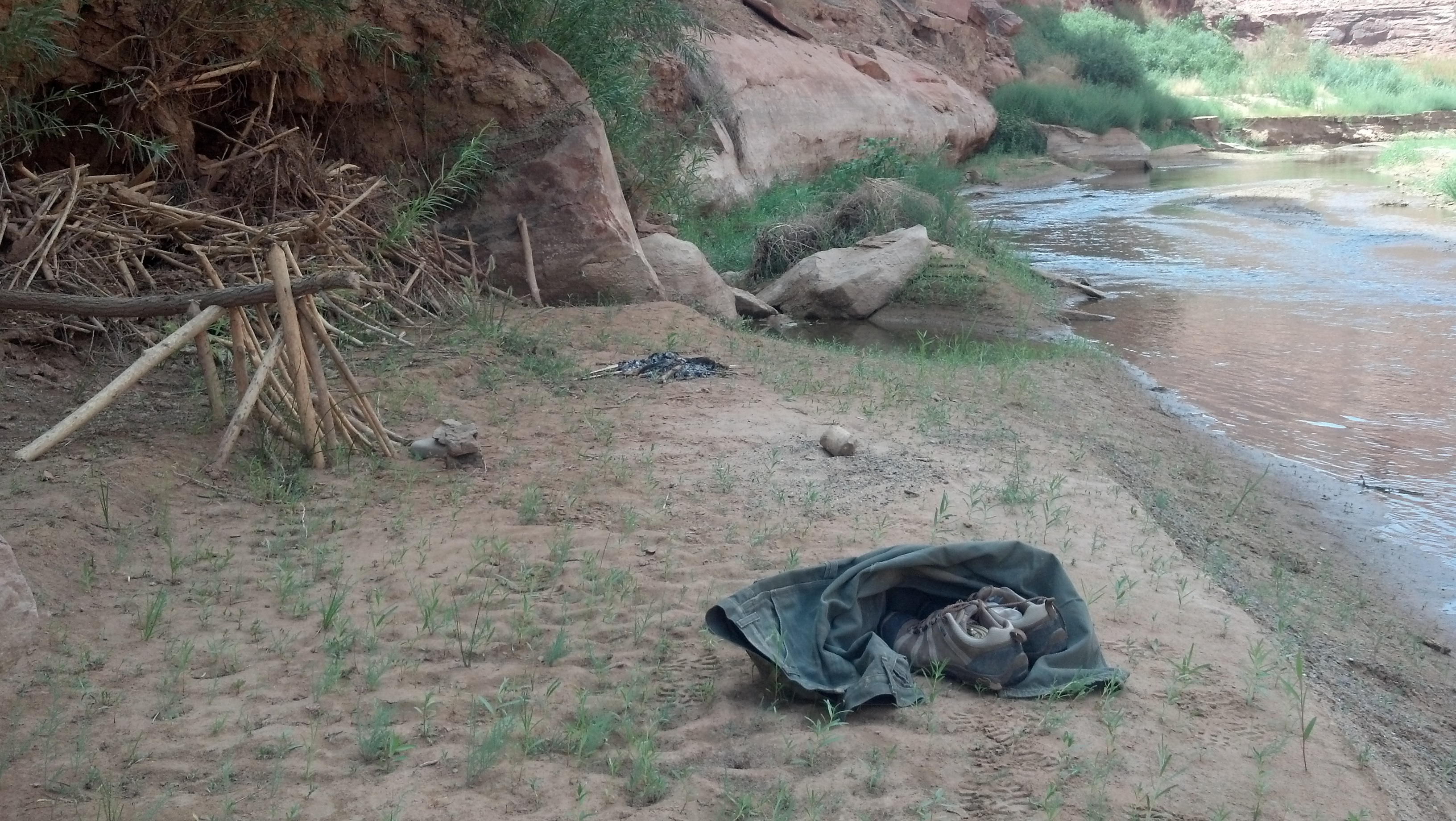