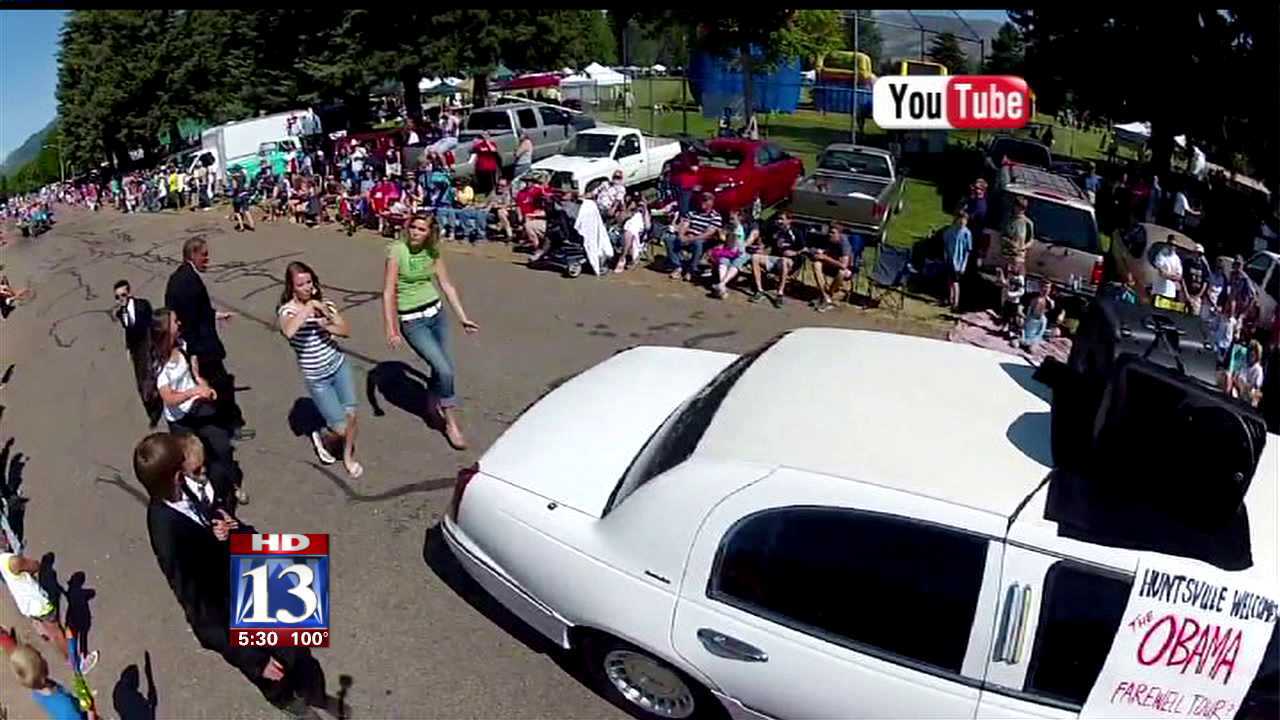 Huntsville has one of the longest running community 4th of July parades in the state. But they did not want the national attention they got because of one parade entry.

The parade display, created by Dave Clawson, showed his son dressed as President Obama with one sign that read along the limousine “Huntsville Welcomes Obama’s Farewell Tour?” On the back of the vehicle, another sign said, “Ask about our assault gun plan. Call Eric Holder.” On the license plate was written "Obamanation." [See backstory]

FOX 13’s Max Roth talks with Clawson about the media spectacle that followed.