Teen in critical condition after being hit by car 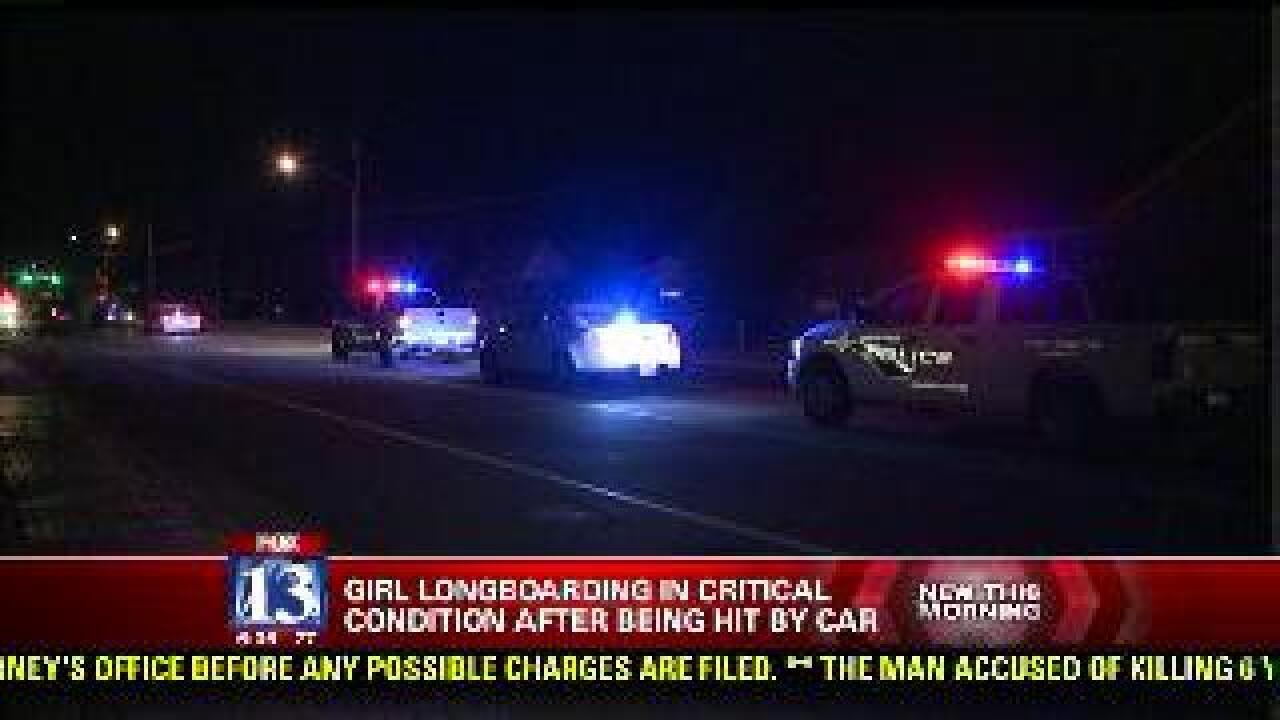 HOLLADAY, Utah -- A 15-year-old girl is in critical condition after she was hit by a car on Wednesday.

A detective says the girl was riding a longboard skateboard, either on the sidewalk or on the shoulder of the road, when they think she lost control.

Police said the girl chased after the longboard into the street and that is when she was stuck by the car.

The girl and the driver's names have not been released.

Officers said the teen has injuries to her head and legs.

"We will go through the case completely, make sure that no toxicology or any other issues present themselves for the driver that could have rendered her incapable of safely operating and we'll also reconstruct the crash to see if it was something that the driver could have avoided herself," said Detective Michael Anderson, Unified Police Department.

Police said the care is under investigation and will be reviewed by the Salt Lake County District Attorney's Office before any possible charges are filed.