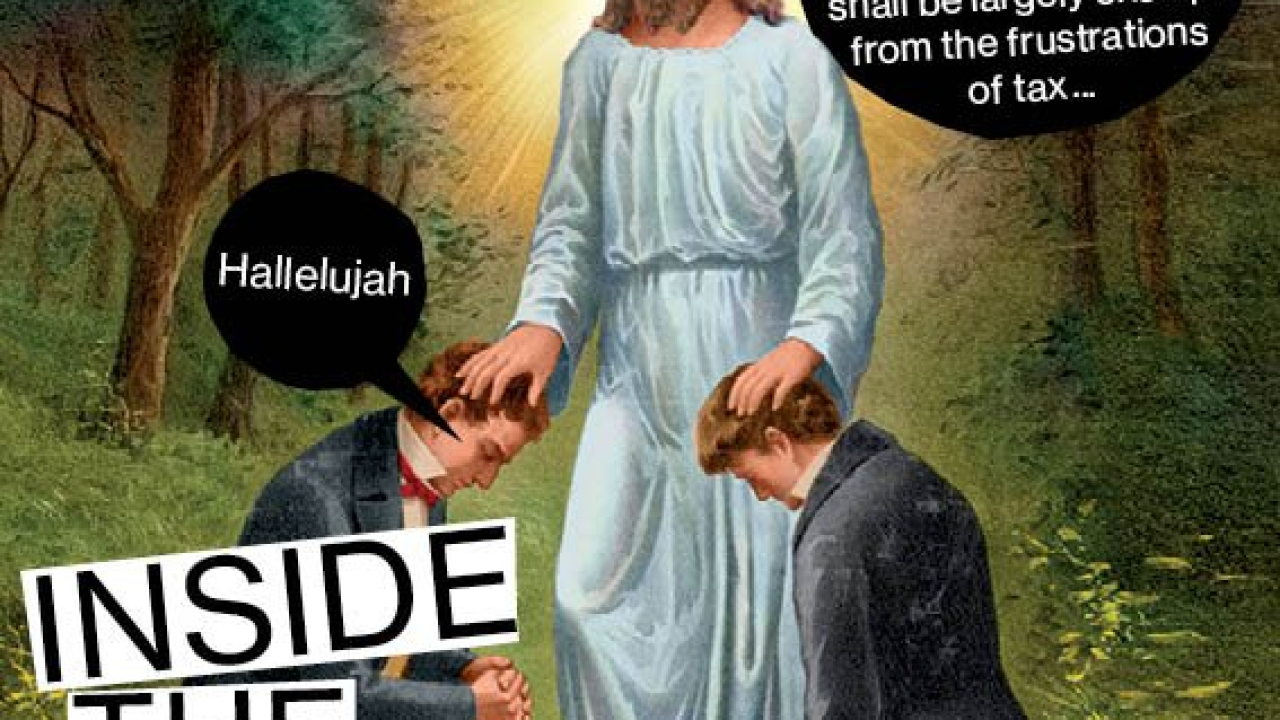 SALT LAKE CITY - The Church of Jesus Christ of Latter-day Saints is under national scrutiny again, this time from Businessweek, whose cover story this week investigates "How the Mormons Make Money."

The article suggests that the LDS church doesn't contribute many resources to charity and that they leverage volunteer hours for profit. Images that accompany the article are causing as much controversy, if not more, as the article's words.

[READ: How the Mormons Make Money on Businessweek.com]

The periodical's cover has an image of John the Baptist with hands on LDS founder Joseph Smith and Oliver Cowdry with a voice bubble saying, "...And thou shalt build a shopping mall, own stock in Burger King, and open a Polynesian theme park in Hawaii that shall be largely exempt from the frustrations of tax..."

The LDS church responded to the cover story, saying, "The Bloomberg Businessweek cover is in such poor taste it is difficult to even find the words to comment on it."

The story describes the church's $2 billion investment in the recently-opened City Creek Center. Jason Mathis with the Downtown Alliance says that the investment didn't come from tithes of the LDS faithful.

"City Creek Center was built without tithing dollars and really provided thousands of jobs for construction workers at a time when construction was really hit hard," said Mathis.

FOX 13 couldn't find an example of another mainstream religion that is as invested in business as the LDS church. Thrivent Financial, a faith-based organization for Lutherans, operates as an investment organization and is listed as one of the Fortune 500 biggest corporations in the country.