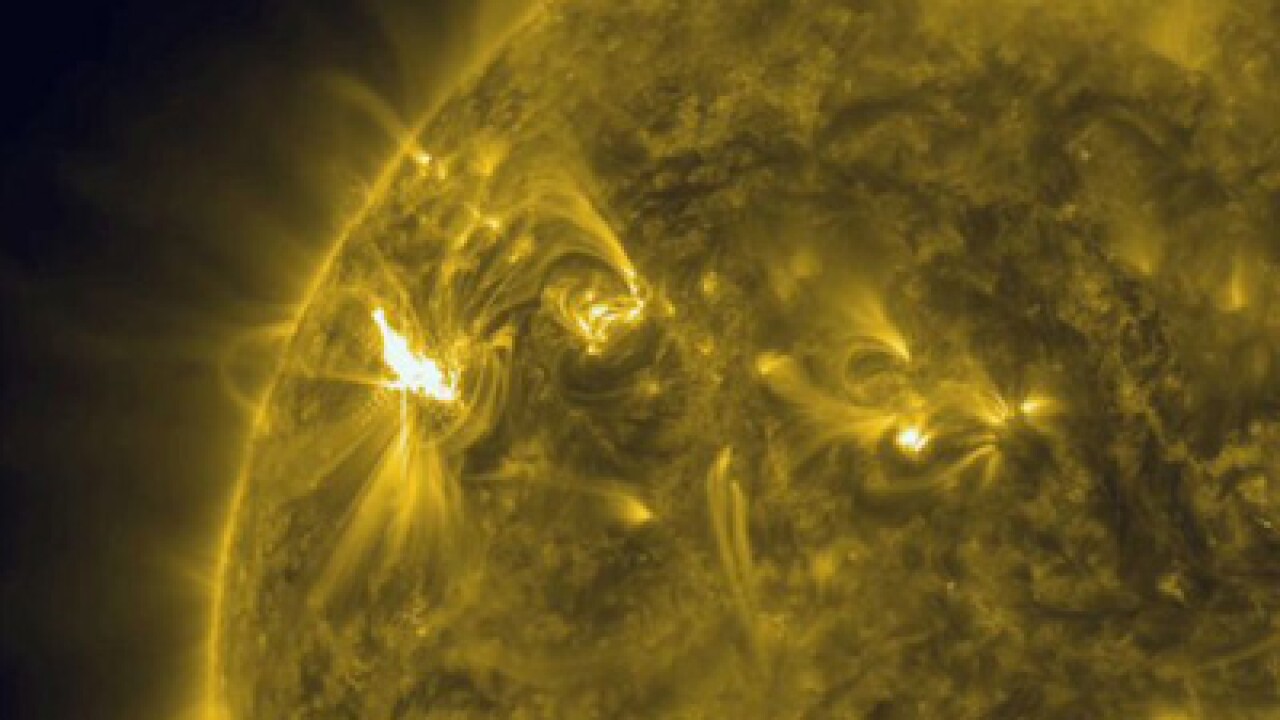 (CNN) — The French could get a magnificent light show for Bastille Day this weekend thanks to a geomagnetic storm due to hit Earth on Saturday, a U.S. government scientist said.

The storm can generate auroras: waving, colorful lights that appear in the sky.

Joe Kunches, a space scientist for the National Oceanic and Atmospheric Administration, said the auroras may be seen along the U.S.-Canada border and in northern Europe on Saturday night. They are common farther north, like the Northern Lights, but magnetic storms like this one can make them appear in lower latitudes, he said.

“The auroras are probably going to be more bright and more equator-ward,” Kunches said.

Robert Leamon, a heliophysics scientist at NASA headquarters, said the most notable lights will appear on the night side of the Earth when the storm arrives.

“It might last into Saturday so you see something in the U.S. or Europe, but if you lived in Siberia, say, you’d probably get the best showing,” he said.

According to NOAA’s scale for geomagnetic storms, the storm heading for Earth — rated low, at a G1 or G2 on a scale of one to five — could be mildly problematic for high-latitude power systems or high-frequency radios.

Leamon said some personal Global Positioning System devices, such as his running watch, might be a little slow or briefly lose connections.

Kunches explained that the burst of energy heading for Earth is called a coronal mass ejection, which means that some of the outer layer of the sun — called the corona — was blown off by Thursday’s solar flare.

“The corona got blown off. It’s like the roof got blown off the house because you were having a great party or something,” he said.

The storm is expected to reach Earth around 9 a.m. Saturday and continue to affect the planet’s magnetic field through Sunday.

As odd as the event may seem, Kunches said this storm isn’t out of the ordinary.

“This is the time the sun should be doing this,” he said. “We’re in the middle of the cycle — not necessarily the peak — but we’re close to it.”

Given that the storm doesn’t pose a threat, Kunches is excited about its arrival.

“It’s wonderful from a scientific point of view,” he said. “Its got some properties that are impossible for us to discern until it gets on top of us.”