Utah man arrested for three DUIs in less than 48 hours 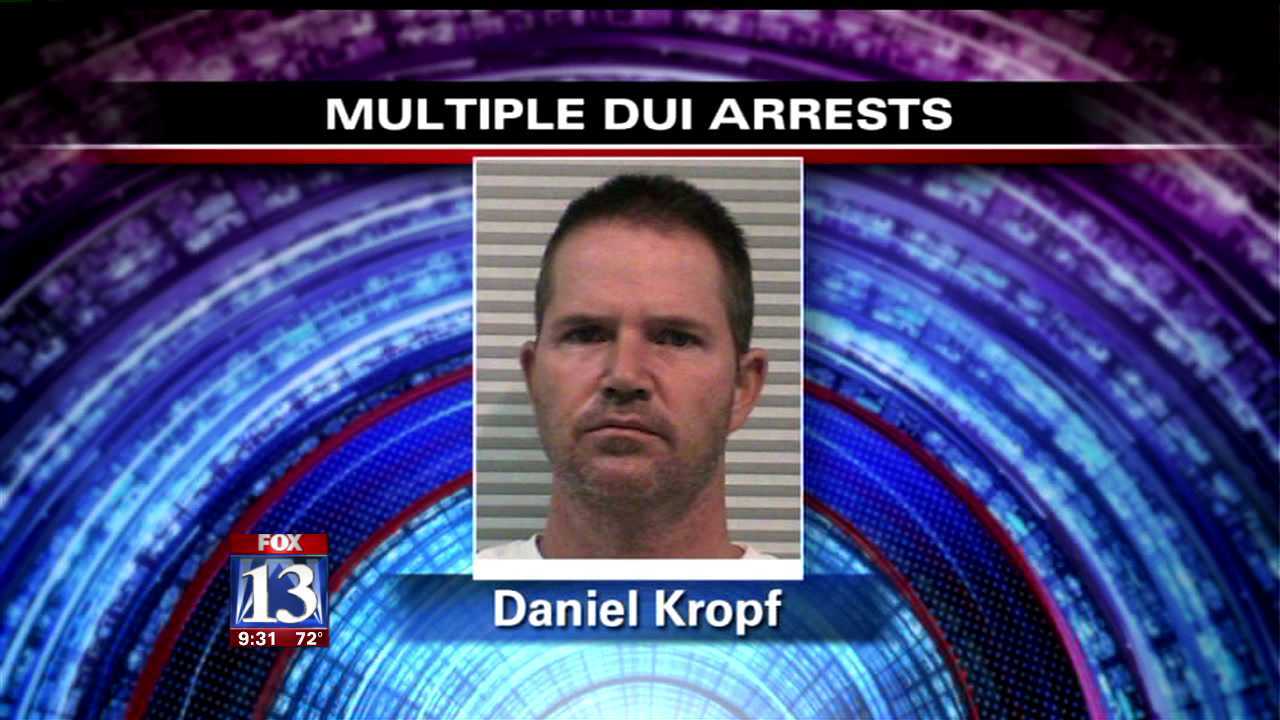 Daniel Max Kropf was released twice before he was thrown back into the Cache County Jail, this time without bail.

Kropf, 41, is now facing a first degree felony charge of DUI, along with two other misdemeanor charges of driving under the influence and some traffic violations.

Lawyers representing Joseph White, a young man injured in a crash allegedly caused by Kropf, before he was arrested for his first DUI, want to know if he was under the influence at the time of the accident. Turns out Kropf was picked up by Logan City Police and booked into jail for DUI less than two hours after that accident.

Kropf posted bail and then less than 24 hours later he was arrested again and it woudn't be the last time.

"It's rather hard to believe that someone would not realize what was going on," says Colin King who represents White along with Dustin Lance at Dewsnup, King & Olsen Attorneys at Law in Salt Lake City.

King says his client is badly bruised, and the 28-year-old who plays baseball is still in the hospital recovering from broken bones and a punctured lung.

The near-deadly accident according to White's lawyer happened Sunday night, July 8. White was taking out the trash at a Maverick Gas Station in Providence. White's lawyer says that's when Kropf  who was driving a truck with a trailer caught his trailer on the dumpster, pinning Joseph between the dumpster and the wall.

"What concerns us is that he was pretty obviously under the influence of something, and not acting rationally according to scene witnesses," says White's Attorney.

Kropf was cited for driving without insurance or registration and released by Logan City Police. It's not clear if he underwent a field sobriety test.

White's Attorney says, "He (referring to Kropf) almost killed Mr. White; he must have been aware of that, yet within hours he was picked up for DUI."

Less than two hours after the accident Kropf was picked up by Logan City Police for driving under the influence, possibly prescription drugs.

By late Monday afternoon, on July 9 Kropf was arrested again for DUI, this time by the Cache County Sheriff's Office.

Kropf paid his bail again and was back on the streets only to find himself in the slammer a third time for DUI just 24 hours later.

"Because they were in such rapid succession, our office didn't even hear about the matter until the 10th," says Baird. "Sometimes I guess the dots don't get connected as fast as they should, but eventually the dots were connected."

"It's just concerning to us when someone who has almost killed someone is back out on the street and then is pulled over and arrested for DUI and is able to get out that quickly and do it again and then get out again," says Colin King.

Kropf is being held in the Cache County Jail without bail, facing a third degree felony of DUI, along with the rest of his charges. If found guilty, he could spend up to seven years in prison.

Prosecutors are now considering charging him with a fourth DUI; they're looking into whether he was intoxicated at the time of that accident.