Change of command at Camp Williams 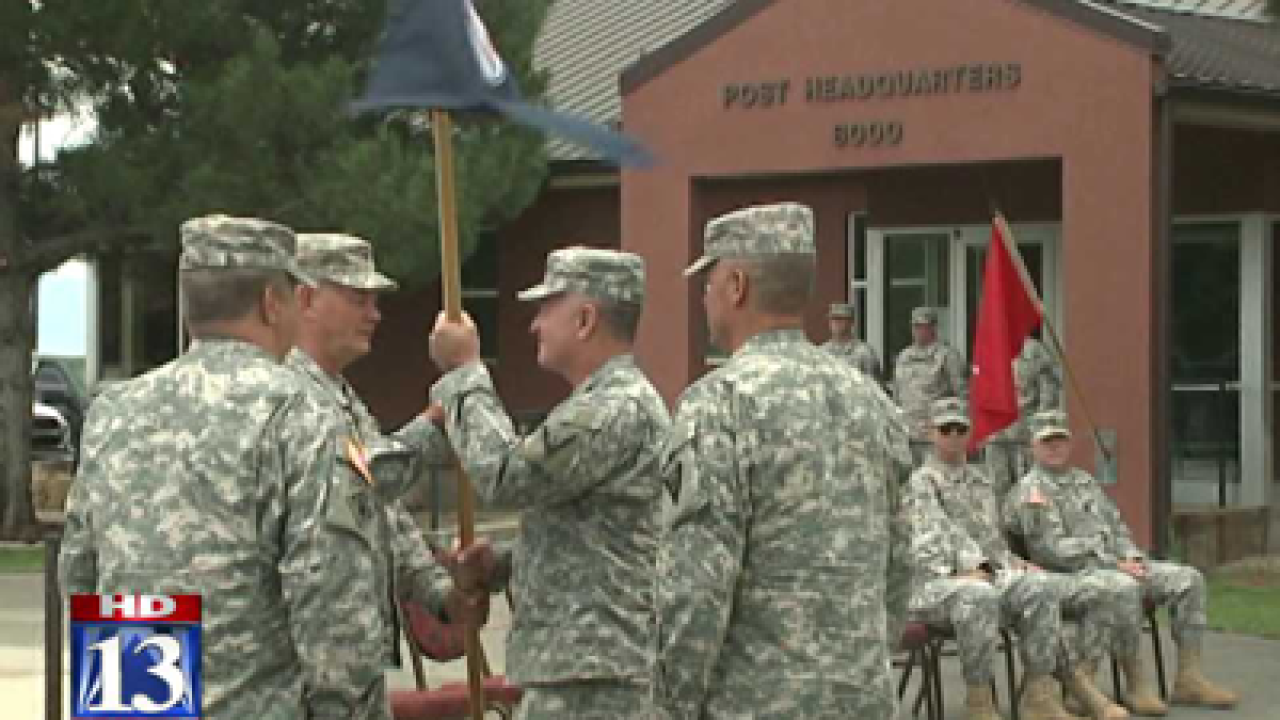 CAMP WILLIAMS, Utah - There is a change of command at Camp Williams this weekend as a veteran of Operations Desert Storm and Iraqi Freedom retires from the Utah National Guard, making way for a new commander.

Colonel Edward Willis has served the military for nearly 30 years and has been the commander of Camp Williams for the last two. But Willis is retiring and has been training his replacement - Colonel Clark Roberts - to take over.

"I look forward to it. Colonel Willis has taken me under his arm and mentored me in the things that have happened here and how to prevent things like that so I feel very confident that we can do a great job out here without any problems," said Roberts.

Roberts joined the Utah Army National Guard in 1983. In 2005 and 2006, he served as manager of the Army's intelligence and security command over languages in several countries. As a civilian, Roberts is an auditor with the Air Force audit agency at Hill Air Force Base.

On Saturday, Roberts will begin a new challenge as commander of Camp Williams.

"Very excited, this is an exciting place to be an exciting mission and a lot that we have to offer for the soldiers and for the community," said Roberts.

Willis will continue his work as a biology teacher at Riverton High School.