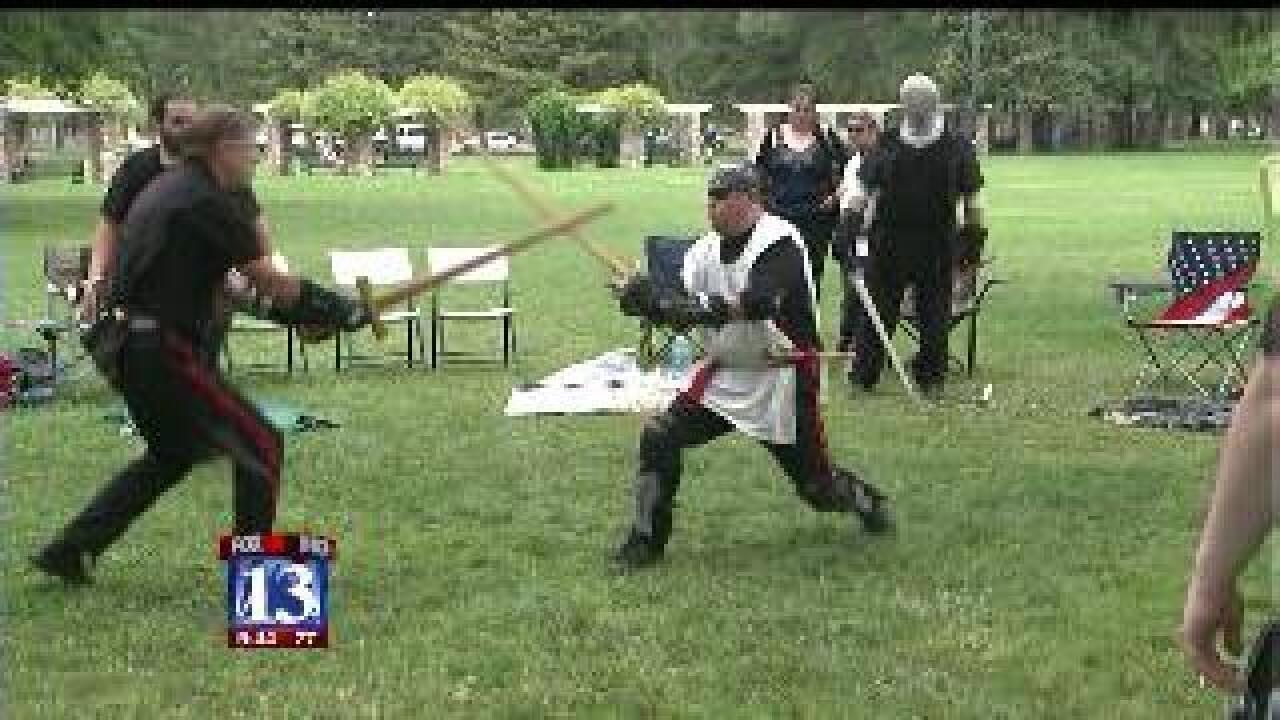 "We're having our interstate competition," said Travis Emery. "We have a couple of different divisions within the Clan Swordsman Association. We get together once or twice a year to show off our skills."

The swordsmen call their sport a martial art taken from the Medieval Europe. Long swords, short swords, daggers and hand-to-hand combat techniques are used in the event.

The competition is fought with a judicial dueling point system.

"Judicial dueling is what they did in the Forteenth and Fifteenth Century. When two people had a discrepancy, they would fight in a twenty-five foot ring until one person either surrendered or died," said Emery.

In Saturday's competition, the first to five points wins.