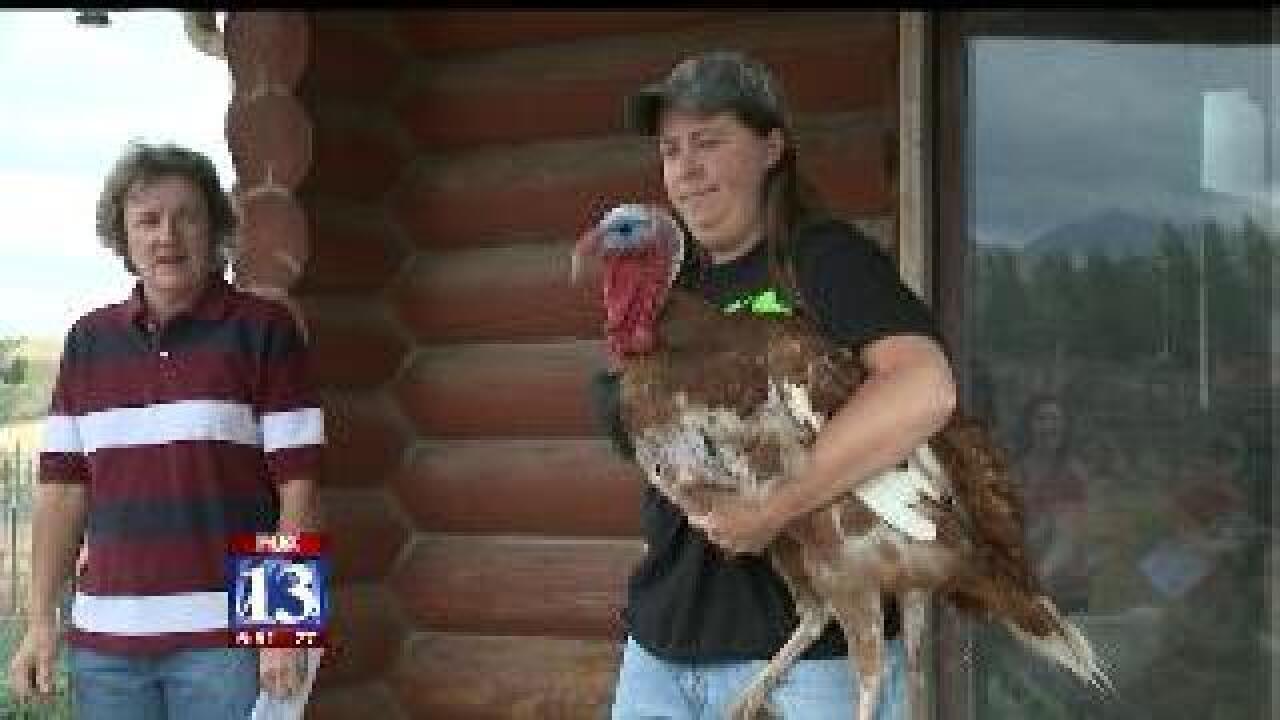 RIVERTON, Utah - After wildfires forced a local animal rescue center to evacuate dozens of farm animals, the non-profit decided to start planning ahead for emergency situations by educating the public.

The Rosecrest Fire forced evacuations of nearly 1,000 homes and forced the 5-acre Ching Farm Rescue and Sanctuary to reassess its emergency preparedness plan.

"It was very frieghtening, within a thousand feet, neighbors trees were going up like candles. It was very terrifying. We were running as fast as we could. Something we hope to never go through again," said Crystal Hammer, volunteer coordinator for the rescue.

Hammer says the chaos caused by the fire's evacuation made the rescue decide to start planning ahead. Saturday marked the rescue's first evacuation training day, an opportunity for anyone interested in learning how to handle animals in an emergency.

"It's very specific...how to handle a chicken or a turkey and horses and how to load them into a trailer," said Hammer.

Some volunteers came to the training day even though they don't own farm animals.

"I think it's very valuable. I wasn't raised around farm animals but I want to help, but I dont really know to care for them, especially the chickens like how to wrap them. I think it's important for their safety and ours," said Danell Robb.

For more information on the rescue, visit chingsanctuary.org.