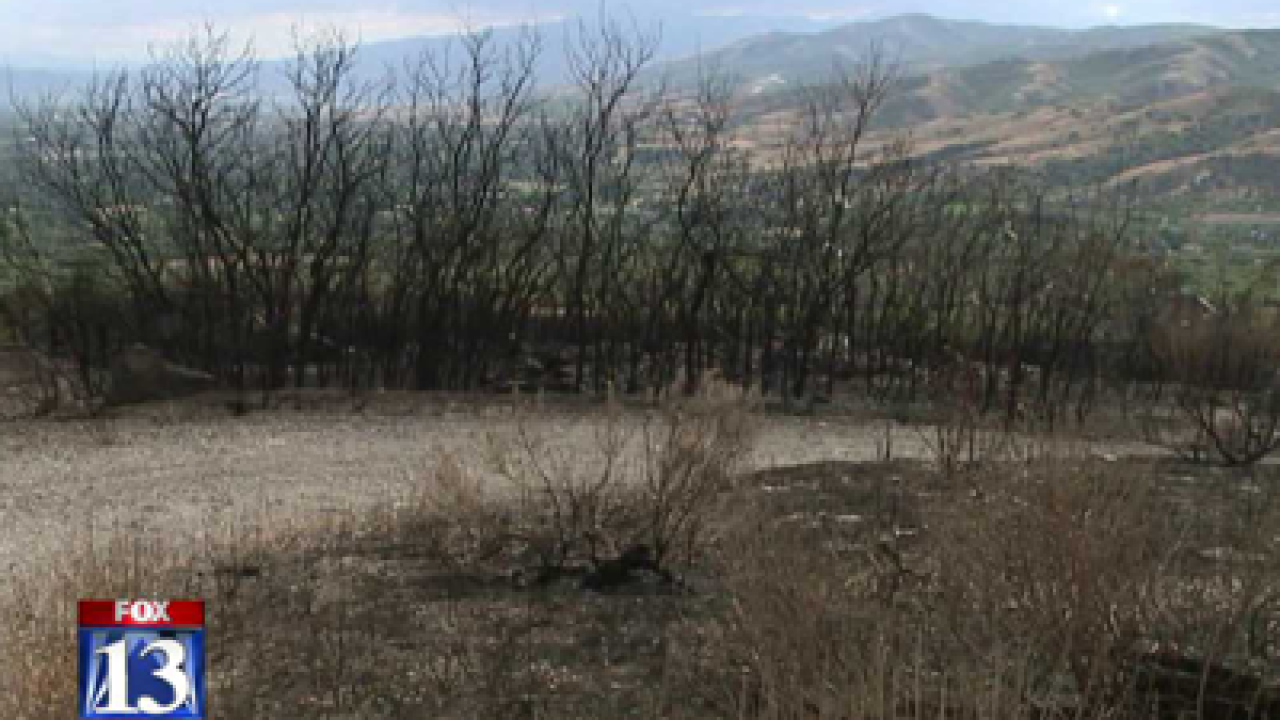 ALPINE, Utah - Wildfires across the state have destroyed vegetation, leaving many residents vulnerable to mudslides and flooding. Many communities across Utah are already making efforts to reduce possible problems.

The Quail Fire has been put out and crews have left the scene, but the danger is far from over for Alpine residents as they have to worry about mudslides ripping through the areas burned by wildfires. The vegetation could take years to grow back, in the meantime, floods are more likely.

"Any time you have a fire on a mountain like we did there is a high potential for debris flows coming out of these canyons because the vegetation basically get burned off. Really steep slopes just nothing to hold the water back or hold the soil back," said Shane Shorensen, an Alpine City engineer.

Alpine city engineers have put up jersey barriers in a series of dams in hopes of diverting mud and water in case of a mudslide after the Quail Fire burned hundreds of acres above the city in the beginning of July.

A Forest Service assessment says that the conditions above Alpine look worse than they are, since the fire burned so quickly, many roots were left intact. But residents say the area is prone to mudslides.

Alpine City suggests people living near the mountain should try to keep all drainage spots on their property clear in case of mudslides.

Experts say floods and mudslides usually occur a year or two after the fire burns.