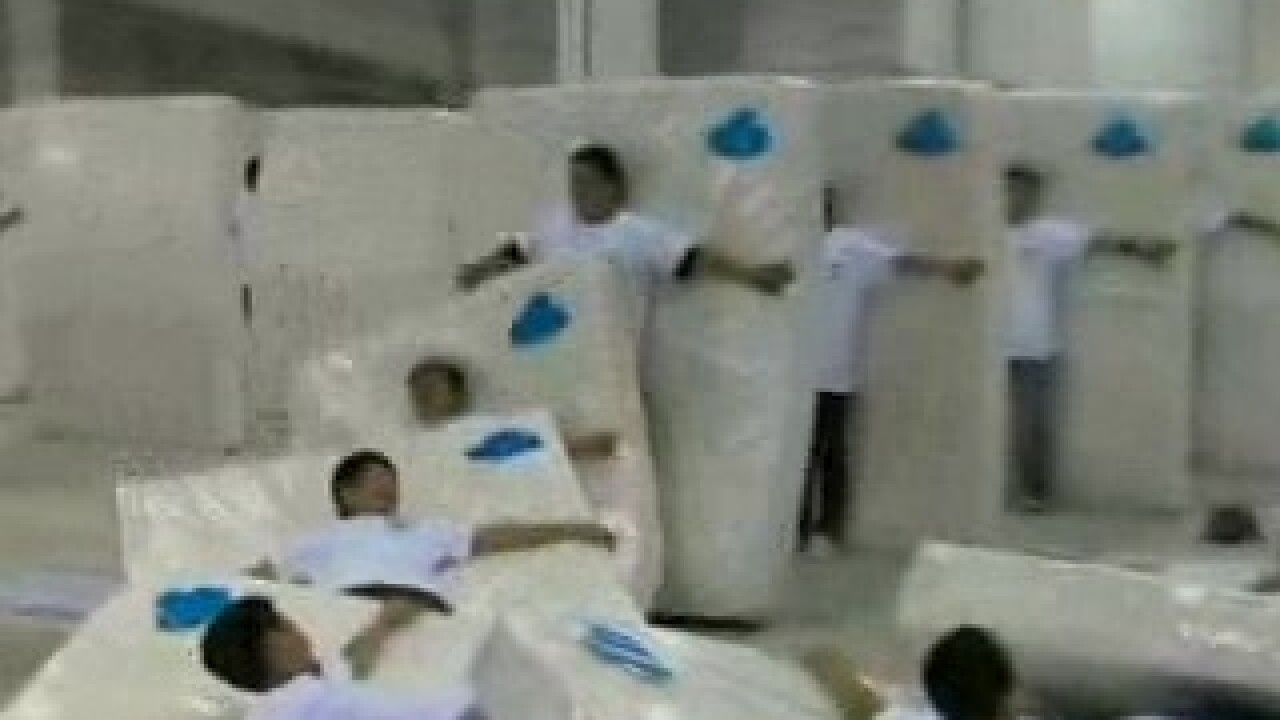 Kent Couch and Fareed Lafta planned on flying lawn chairs lifted by giant helium balloons from Oregon to Montana, but their plan was ruined when they encountered some nasty weather.

A hailstorm forced the pair to land after balloons started popping, hail and snow started hitting them and turbulence battled them. They didn't make it out of Oregon before surrendering to Mother Nature.

Cooling towers at an old power station in High Marnham, England, are demolished.