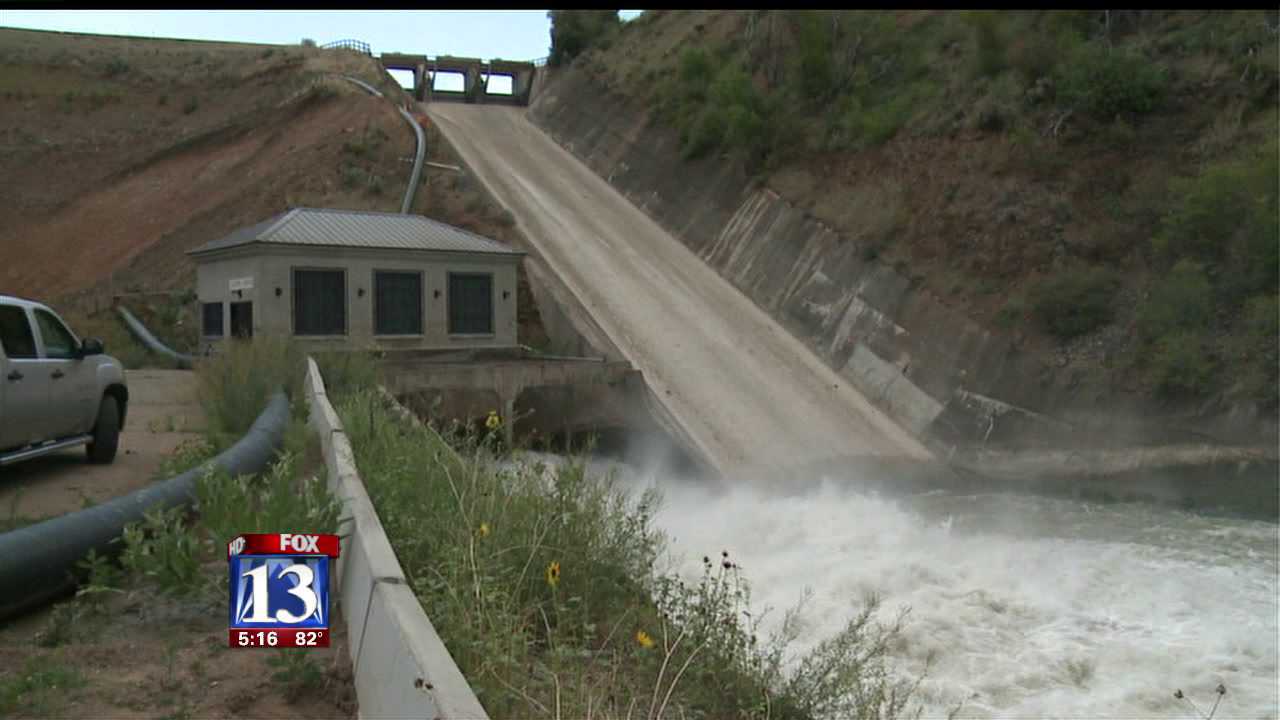 WEBER COUNTY, Utah -- In the event of a major earthquake, Echo Dam could give way, destroying homes and killing hundreds in the resulting flood. Now, the Bureau of Reclamation is modifying the dam to make it earthquake ready.

“The damn is 82 years old and as it is now it can only withstand a 5.0 earthquake. But after construction it should be able to withstand the next big quake,” says project manager Curt Pledger.

Three aging reservoirs loom above Morgan City. The big concern right now is Echo Dam, which sits on top of loose river depots. If an earthquake does hit, experts say, the dirt will turn to liquid.

“We could possibly have a slumping in the damn, which could cause a catastrophic failure of the dam and reservoir,” said Pledger.

To keep that from happening, crews are replacing the unstable deposits with compact dirt that is supposed to withstand a 7.2 magnitude earthquake.

The project’s cost is an estimated $50 million.

The first phase of construction is expected to wrap up by next summer and then crews will move on to refinishing the spillway and that will be completed by 2015.