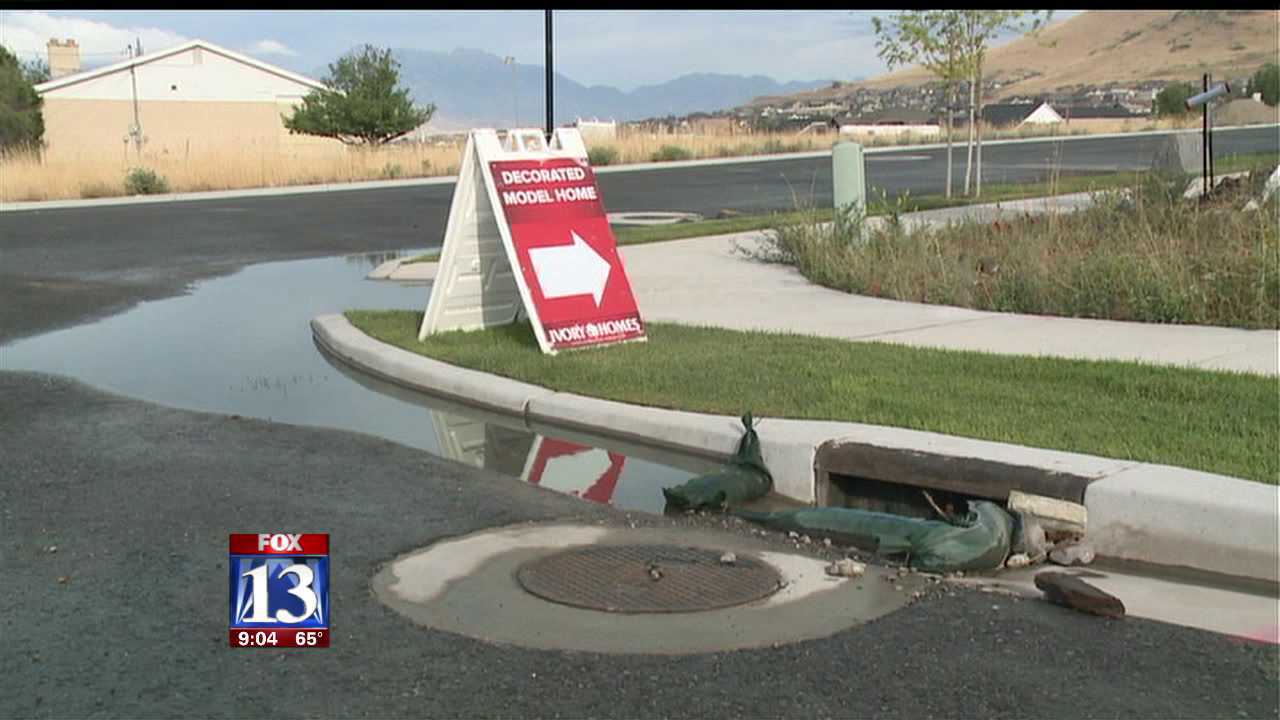 HERRIMAN, Utah -- The downpour Monday afternoon did not dump enough rain to cause flooding in Herriman, but some residents worry if it happens repeatedly they may see flood damage.

The Rosecrest wildfire last month left many acres barren and charred. There is no vegetation to hold back and absorb runoff.

Tony and Sue Scallion lost several barns in the Rosecrest Fire. Two weeks later they're still not out of danger.

“The horse property is down low and it’s below the level of the mountain, so there’s a lot of fast drainage,” says Sue.

City officials say after the fire, Herriman cleaned out its storm drains so a downpour would not overwhelm the system. That was the worst-case scenario that played out in St. George when they took on flash flood waters Sunday.

In St. George they are readying in case of more rain by stocking up on sandbags. There they distributed 800 sandbags to residents, with nearly 20,000 bags on standby.