Lagoon forced to shut down several rides during storm 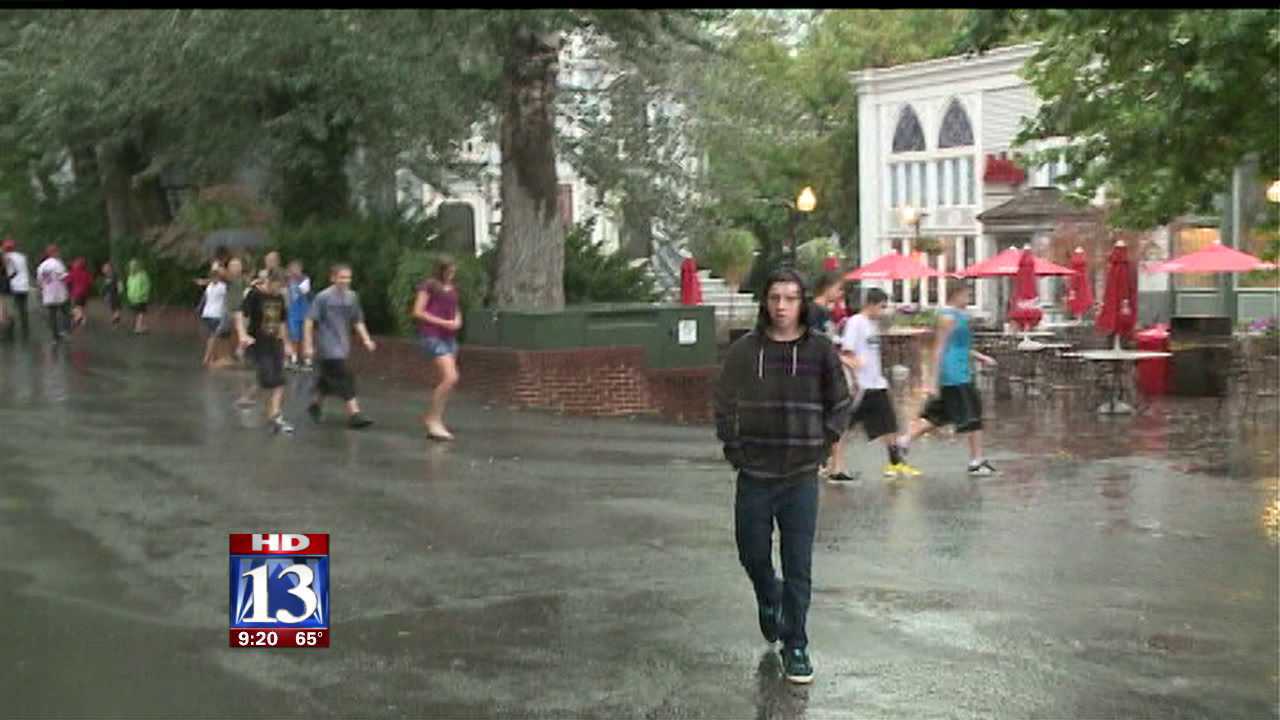 FARMINGTON, Utah -- The fun at Lagoon amusement park was put on hold as a powerful storm came through on Monday.

Nearly a dozen rides were shut down, including Rattlesnake Rapids, Fire Dragon and Double Thunder were among those temporarily stopped.

"It was a handful of rides that we closed because of rain for safety reason," says Lagoon spokesman Adam Leishman. "I mean, we're in the business of fun, but safety really is our top priority."

But while the rain scared some people away from Lagoon and a handful of rides were shutdown, that didn't stop many kids from having fun as they played in the rain and puddles.

Even some of the parents bared with the inclement weather, and simply sought shelter to wait out the storm.