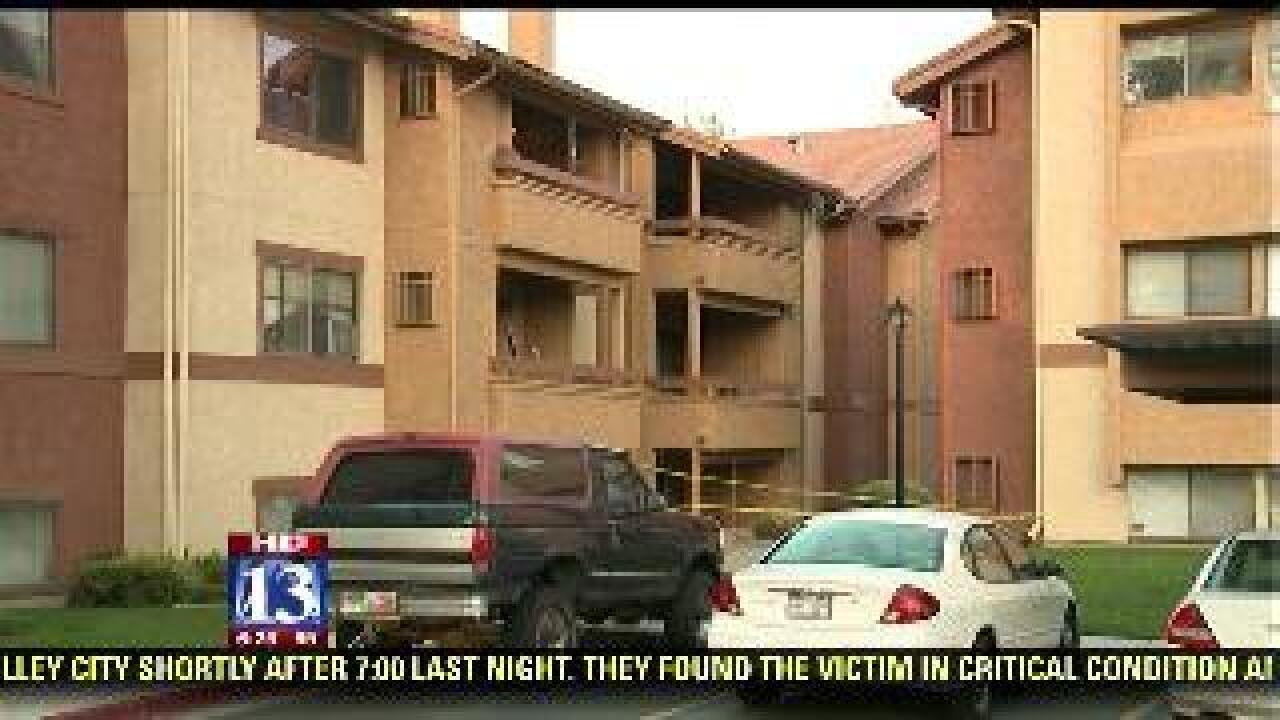 WEST VALLEY CITY, Utah -- Police said a man was shot in the stomach by one of his neighbors in West Valley City shortly after 7 p.m. Sunday.

Police responded to a call about a domestic disturbance at the Shadow Brook Apartments. When they arrived, they found the victim in critical condition on the grass outside the building.

According to officials, the shooting happened inside an apartment, but the victim was able to walk outside and find help.

The man was rushed to the hospital, where he remains in critical condition.

Investigators said they are still trying to figure out what led to the shooting, but they said the victim knew one of this attackers because they were neighbors.

"We do know, however, that there is an active protective order between one of the parties that we do have in custody and the victim of the shooting," said Lt. Michael Coleman, West Valley City Police.

Police said they have a man and a woman in custody.

The names of the suspects and victim have not been released.