Storms cause flooding in St. George

Two inches of rain in 45 minutes fell in some areas of the city. That was all it took to turn the streets into rivers, while flood water gushed into basements of homes and local businesses.

City leaders estimate 100 homes and businesses were affected exclusively on the city's west side near the Santa Clara River.

“Basically the area west of Main Street and Black Ridge took the brunt of the storm,” said Mortensen. “We had mudslides on hills, standing water in yards, that translated into basements, debris on roads.  We even had manhole covers blow off due to the volume of water and the pressure on that system.”

Emergency responders shut down roads and worked to keep the water out of homes and rescue stranded drivers.

The city manager's office said the worst of the flooding happened along the Santa Clara River on the west side of town.

They said systems in place to keep the water draining into the river simply could not keep up with the heavy rain.

As of Monday morning, most of the roads were re-opened and so far there were no reports of injuries.

City workers distributed nearly 800 sandbags. They have up to 20,000 sandbags ready to go if more rain falls on the area. 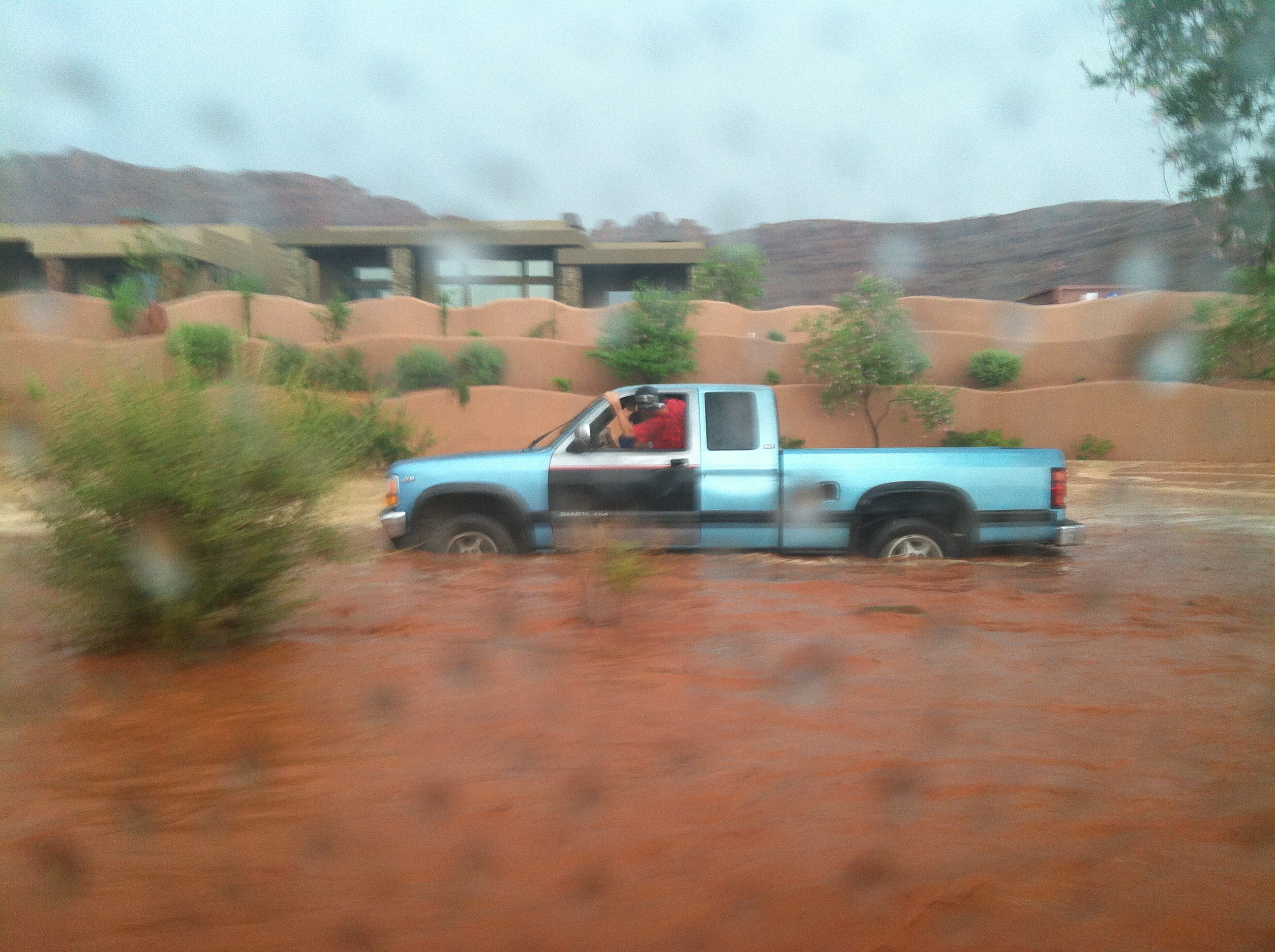