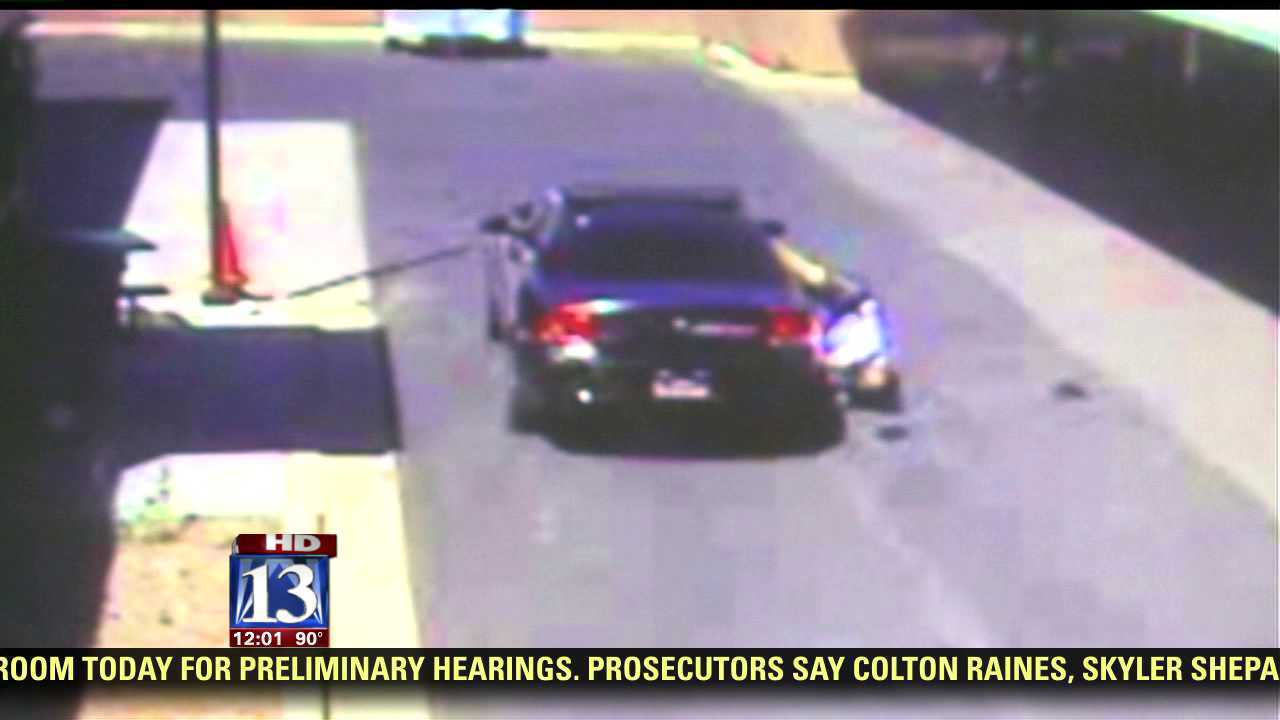 FARMINGTON, Utah --Police released surveillance video Thursday as they continue to search for a male suspect after he fled from law enforcement.

"I'm pretty sure from the moment he was put into custody and handcuffs, he was trying to think of a way of how he was going to get out of that situation and this was the perfect opportunity for him to do that," said Lt. Parish Snyder, Farmington Police Department.

The search started on Tuesday morning when a West Jordan detective investigating a stolen motorhome found the vehicle in the campground of Lagoon amusement park.

The detective located the two suspects, who initially tried to flee the scene, however both suspects were caught and arrested.

"We believe this couple has been committing numerous thefts and burglaries throughout northern Utah," said Lt. Parish Snyder, Farmington Police Department. "With the stolen RV back at Lagoon, they had a stolen motorcycle, stolen utility trailer and who knows what else."

While police were processing the female suspect, she allegedly became combative. During the altercation, police said Chatwin kicked out the window of the squad car he was sitting in and took off. The woman also fled, running to a nearby park.

A police dog eventually tracked the female suspect in the park. She was later identified as 23-year-old Shauntae Leah Stratton of West Valley City. She was booked into the Davis County Jail facing several felony charges.

The male suspect is still at large.

Farmington Police say they believe the suspect may have stolen a black 2007 H3 Hummer SUV that went missing from a parking lot across the street from the police station. The plate on the vehicle is a personalized Montana plate that says lizard 6.

On Wednesday, Police said they found the car, but that Chatwin was still at large.