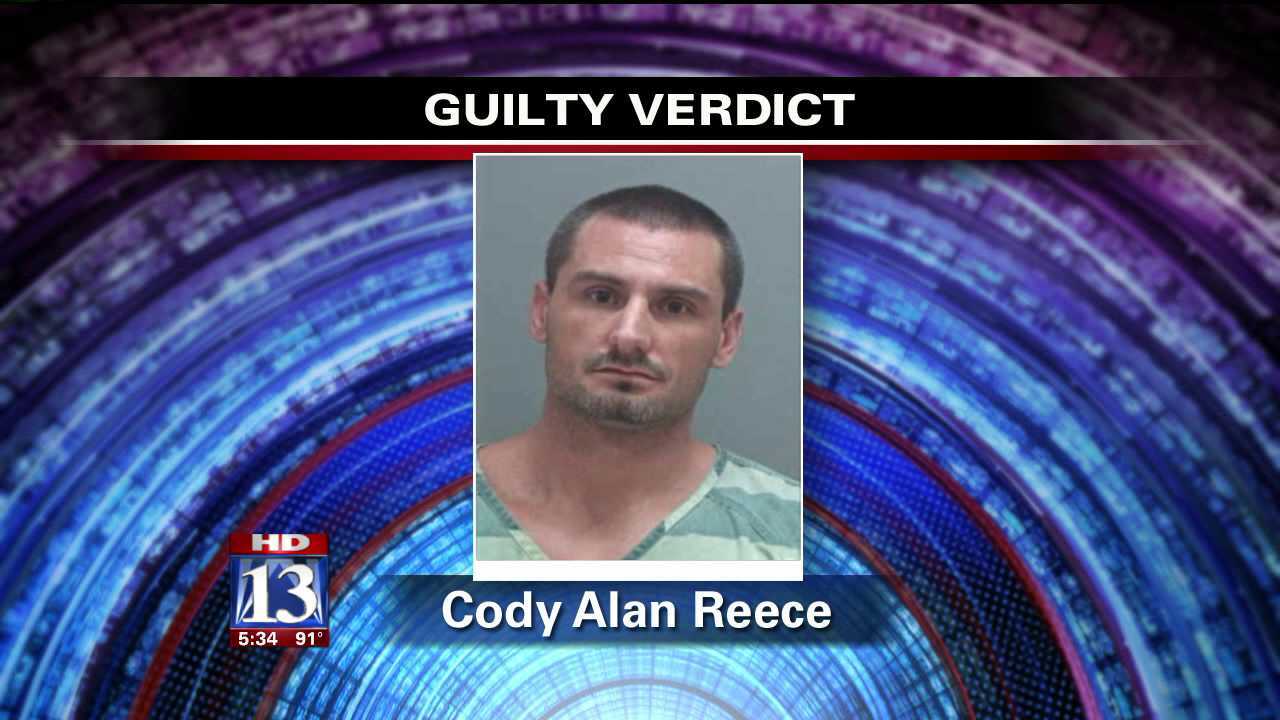 SANDY, Utah - After a 10-day trial, the jury found the man accused of murdering a Sandy woman guilty on all counts.

Cody Allen Reece was convicted of shooting Magda Alemen, who was found shot dead two years ago in her home.

Reece was found guilty for aggravated murder, aggravated burglary and possession of a dangerous weapon by a restricted person and obstructing justice.

Family and friends say she was living the American dream. Having emigrated from Mexico, she married a successful businessman andlived in a nice home in Sandy with three children.

Police say she fought back and that Reece beat her with the butt of his pistol and shot her once in the head before fleeing the scene.

The defense claimed Reece was simply in the wrong place at the wrong time and that an unknown, mystery man actually killed Magda.

Prosecutors told jurors this was Reece's day of reckoning and there was no way he could explain having her blood on his t-shirt.

Reece will be sentenced Sept. 10.