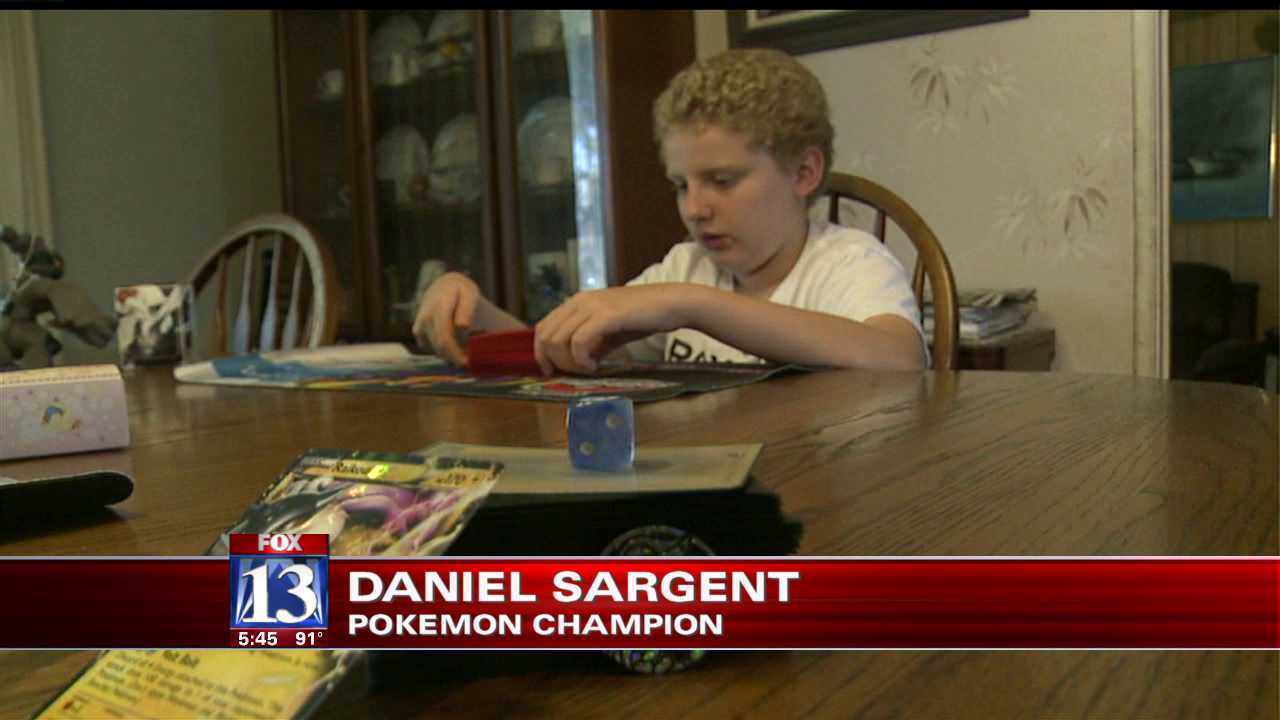 ROY, Utah - An 11-year-old Roy Elementary student is heading to the world Pokémon championship in August. He practiced the card game for hours with his mom, now he's ready to take on the world's best.

Daniel Sargent doesn’t even know the meaning of jargon, but while talking with FOX 13 he rattled off plenty of the Pokémon kind while describing how the card game is played.

Daniel tried to explain the game to FOX 13’s Ashton Goodell with a little success.

Daniel and his mother run through drills more than three hours a day, training for the upcoming competition.

"My mom over-practices me," Daniel said.

Daniel is a national champion and one of only a handful of kids who will travel to the world competition this year.

And if he has a trick for winning, he is not sharing.

“Not precisely,” says Daniel. “My strategy is I like to practice a lot and to play calmly. If you play too fast, you’ll make mistakes.”

And it is that kind of talk, his mom says, will make him world champion.