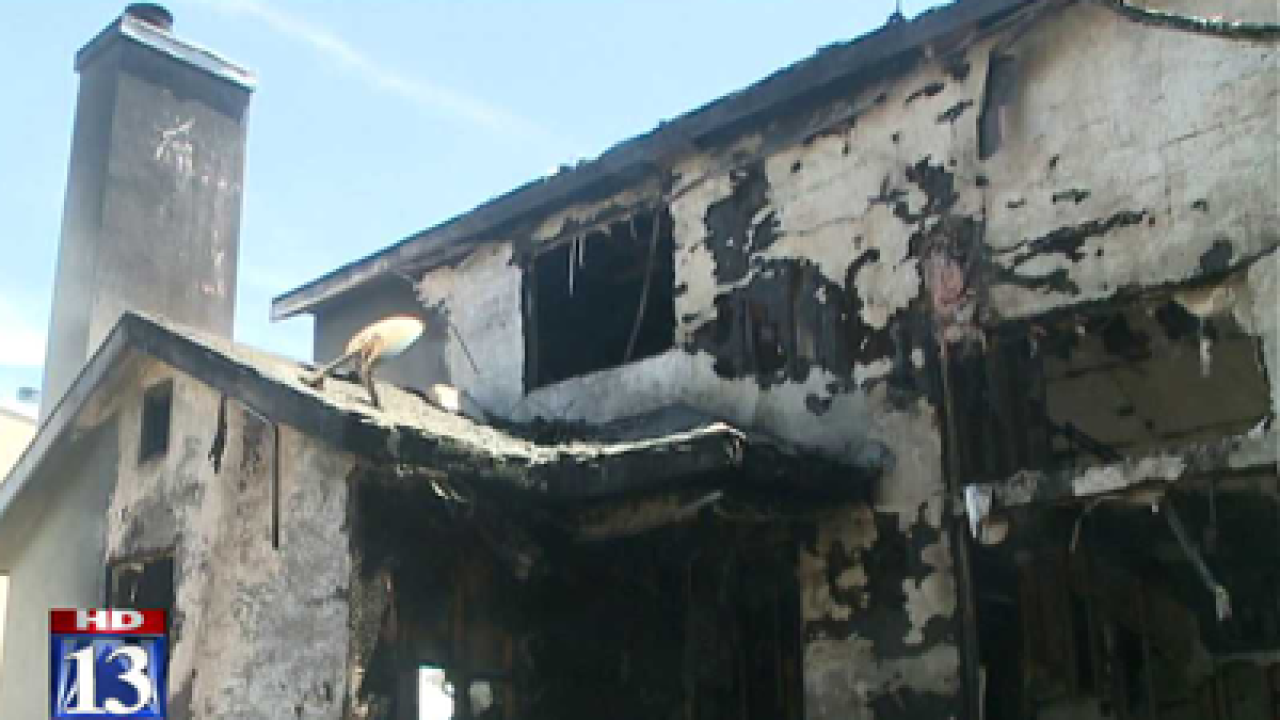 WEST VALLEY CITY, Utah - A fire in West Valley City consumed a home on Tuesday and police say a painted fire hydrant hindered their efforts to fight the fire.

The fire started around 10 p.m. Tuesday on Sugar Beet Drive. When fire crews arrived, the home was fully involved.

"This one was really rolling when they pulled up the back side of the house here was fully involved in flame and we had fire venting out each of the sides and out the back doors," said Fire Marshal Bob Fitzgerald, West Valley City Fire Dept.

Once crews began to fight the fire, they encountered an obstacle: a painted fire hydrant.

"The firefighters having a difficult time opening the fire hydrant. In fact we bent one of our wrenches trying to get it open," said Fitzgerald.

It isn't illegal to paint a fire hydrant but people need to use special paint. Fitzgerald says the wrong paint can harden and get into the threads, making it difficult to open.

Ezekiel Mult, who lived in the home, says he was the last person out of the house after grabbing important documents.

"The whole thing was just falling apart, and I lost myself too. I wasn't really sure where to go, so I was just running in the dark, grabbing everything and trying to find a window by my hand until I finally find the window and I just jump out onto the top of the roof all the way and onto the other side," said Mult.

Mult, a native of South Sudan, says he wasn't able to save anything else. His family is safe, but they will have to start over.

"We didn't get anything at all, we lost all documents that we have, especially the properties and everything," he said. "It's gone. It's really everything is a real, total loss,"

Investigators are still determining a cause of the fire. The home is likely a total loss and there is an estimated $200,000 in damages.