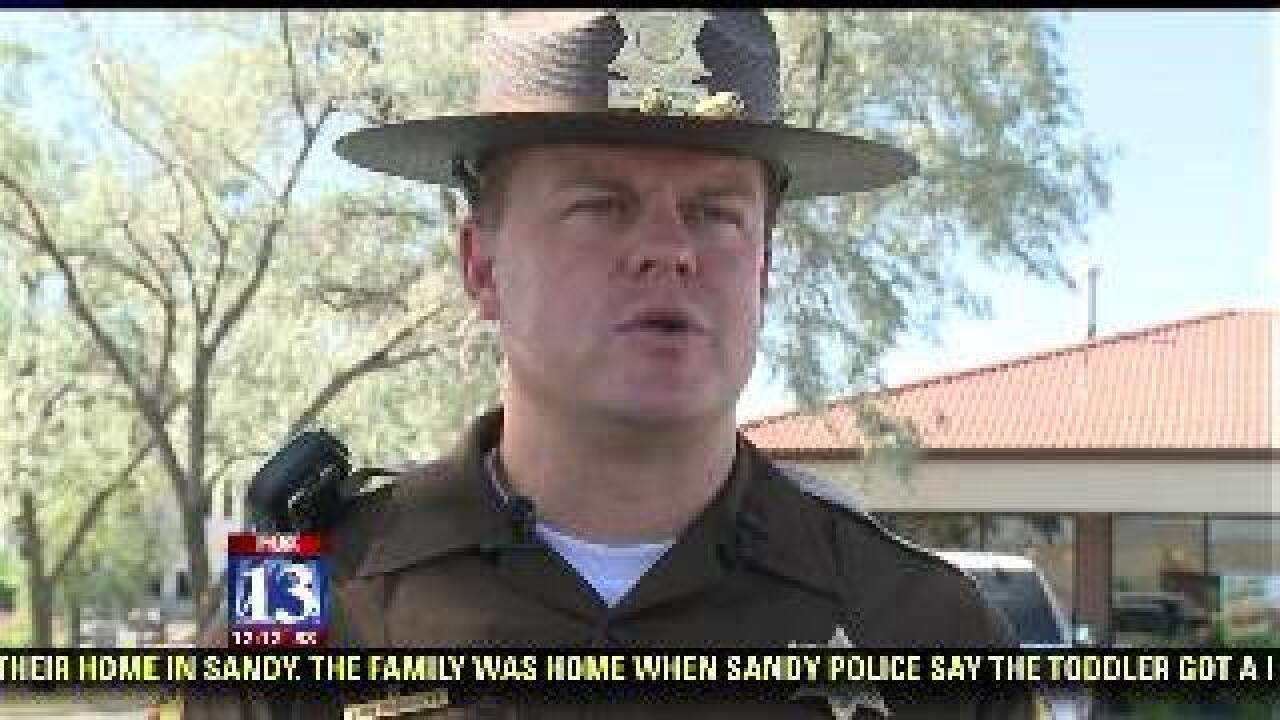 TOOELE COUNTY, Utah - A Utah Highway Patrol trooper helped a mother deliver twins on the side of the highway near Wendover on Tuesday.

Sgt. Cade Brenchley was dispatched to I-80 near mile post 24 because a woman carrying twins had gone into labor. Police said she was 36 weeks into the pregnancy.

The first baby, a boy, had been delivered by the father just before Sgt. Brenchley arrived. The parents were not expecting the babies to come so soon and they had to use a shoe lace to tie the umbilical cord.

Sgt. Brenchley took over for the delivery of the second baby, a girl. He said he was a little nervous when the baby did not cry right away, but within a few seconds he said she left out a healthy cry.

The trooper said he was studying the protocols of what to do in various situations, including childbirth, during his down time.

"I do remember looking through childbirth a couple of times, thinking, man that would be crazy if I had to do that over the phone or for the officer that was doing it," said Sgt. Brenchley.

The babies were taken by medical helicopter to a hospital in Salt Lake City. The twins were born in the middle of the Salt Flats, at least 100 miles from the nearest hospital.

UHP said the babies and mother were doing very well before they were transported to the hospital.

The family did not want their names to be released, saying they are focusing on their new family.