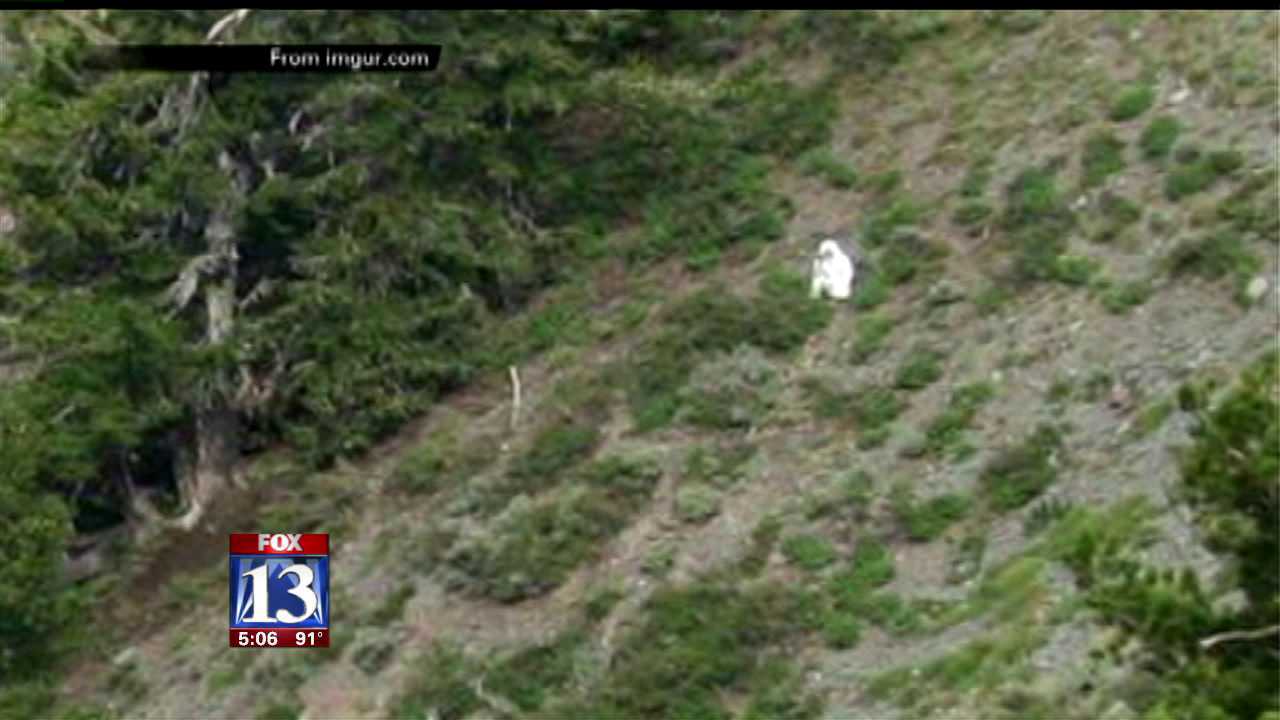 OGDEN, Utah -- Utah Division of Wildlife Resources officials are investigating photos that appear to show a person dressed like a mountain goat on Ben Lomond Peak, mingling with the wild animals.

A herd of mountain goats are known by wildlife officials to roam along the rocky cliffs of Ben Lomond. Pictures recently posted on a photo sharing website show what appears to be someone on top of the peak dressed as a furry, white mountain goat.

When Douglas was asked by FOX 13 why he thinks anyone would do this, he replied "I've been trying to figure that all day."

Douglas says they are trying to locate the person who took the photos.

"We have seen wildlife photo hoaxes before," says Douglas. "So the very first thing I usually do when I get these kind of reports, I want to talk to the photographer; I want to find out who took the picture."

Dougas says the photos appear to be on Ben Lomond and confirms there are goats that frequent the area.

DWR says that mountain goats are territorial and both male and female animals have horns that could seriously injure someone. They say that hunting season, too, is a concern for safety in case a hunter cannot distinguish the individual from an actual mountain goat and opens fire.