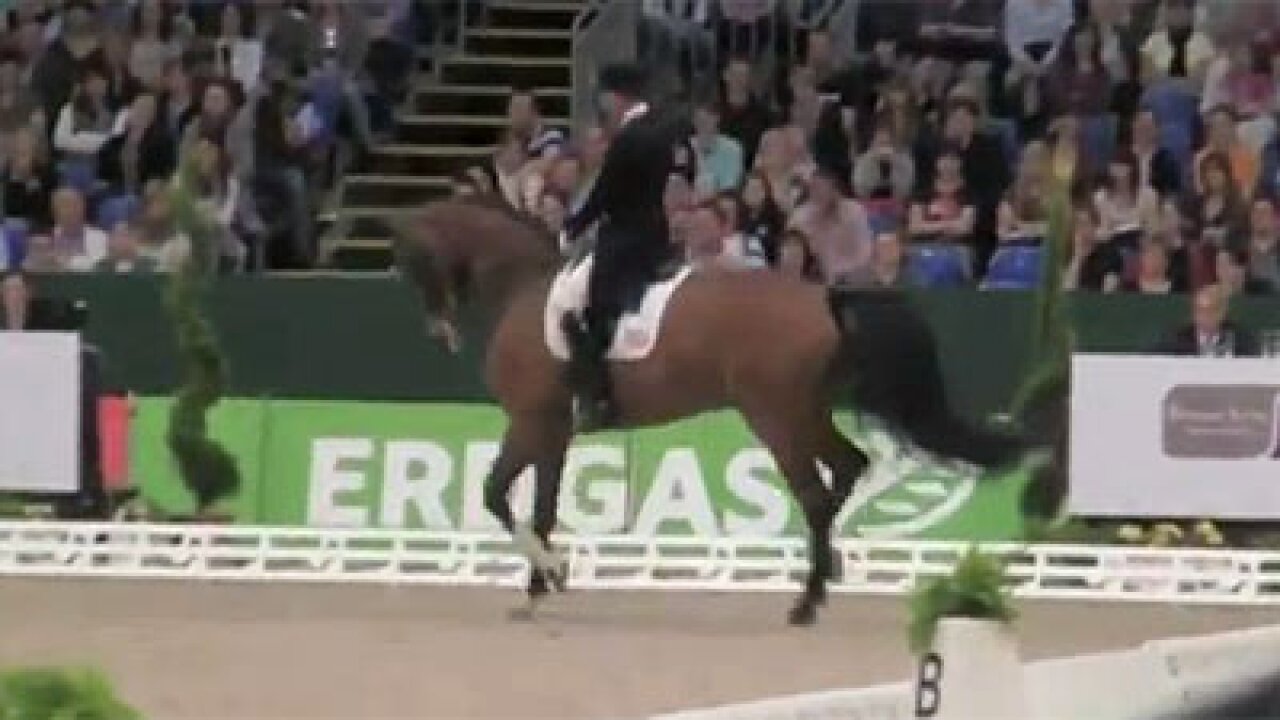 The Democratic National Committee produced a web video titled “Mitt Dancing Around The Issues Volume I.” It shows clips of Romney discussing the release of his tax returns mixed with images of a dancing horse.

According to the National Journal, the DNC is now apologizing to Ann Romney, who is an avid equestrian. Ann trains with show horses as part of her therapy for multiple sclerosis, according to ABC News.

“Our use of the Romneys’ dressage horse was not meant to offend Mrs. Romney in any way, and we regret it if it did,” spokesman Brad Woodhouse told ABC News.