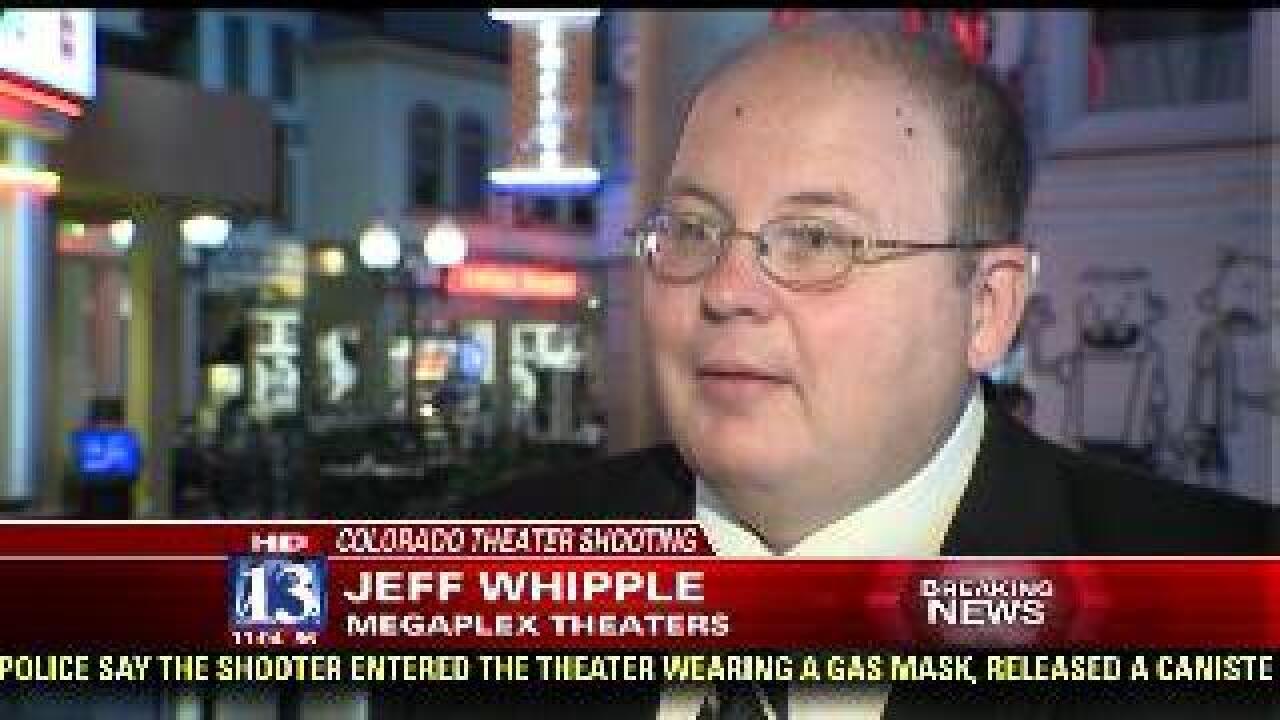 The Megaplex Theatre at Jordan Commons in Sandy proceeded as scheduled with the morning showing of "The Dark Knight Rising" Friday.

A man opened fire at a midnight showing on the movie in Aurora, Colo., killing at least 12 people and injuring dozens more.

A Utah mom said she news of the shooting was unsettling, but she decided to come to the theater.

"It's a little unsettling," said Erin Shaw, movie patron. "I'm bringing my 12-year-old and I mean, I don't know what I would do if something like that would happen. I think it is less likely to happen in Utah."

A representative with the Megaplex Theatre said they increase security with off-duty police officers when a movie opening is expected to draw a large crowd.

"We do our best to make sure that guests are safe, that they are comfortable when they are coming to the movie," said Jeff Whipple, representative of Megaplex Theatres. "It's designed to be a night out, away from the troubles of the world."

Whipple said he does believe the Colorado shooting will change how security is handled at movie theaters. He said he hates the idea that going to the movies would be similar to the security at airports or courthouses.

The Megaplex Theatre is trying to maintain as much normalcy as possible, and showtimes have not been changed, Whipple said.