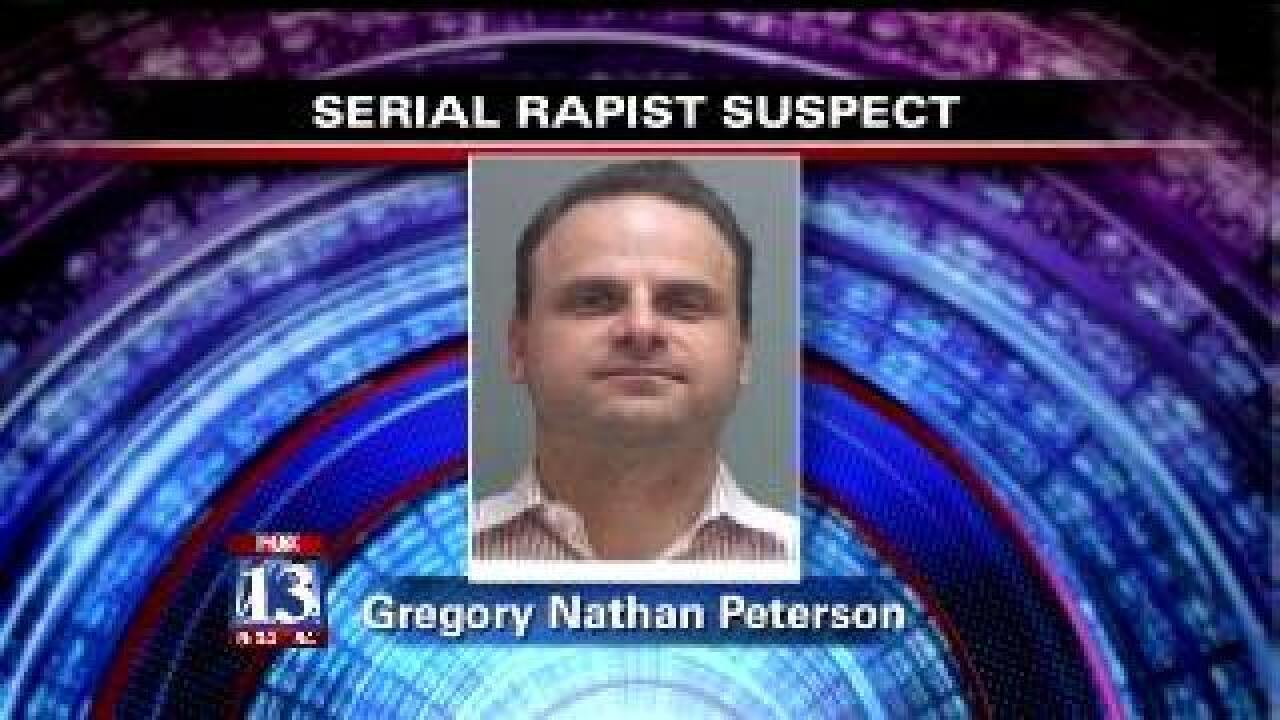 SALT LAKE CITY - The attorneys for a GOP fundraiser accused of four cases of sexual assault say that the charges against him are false.

Greg Peterson, an outspoken Tea Party activist and Republican fundraiser, was arrested Wednesday on more than two dozen charges related to the alleged rape and kidnapping of four women.

Jerry Salcido, one of Peterson's attorneys, says that his client is frustrated with the charges and that they are certain they will be able to discredit the victims' stories.

"Mainly for the fact these charges are, in our opinion, trumped up and false. They're false allegations, he's an innocent man being held in jail," said Salcido. "Two of the women, we're confident we'll be able to discredit their stories."

Cara Tangaro, Salcido's co-counsel, says that the women who are making claims of rape, kidnapping and sexual battery against their client have fabricated their stories.

"The media, the general public is immediately saying, 'There's four women, he's obviously guilty.' And we're telling you there's going to be information to rebut that," she said.

"Absolutely, I've seen it. I know the interworkings of the DA's office and the way screenings work and things come in and I've seen similar cases come across my desk," she said.

Peterson remains in jail on $750,000 bail. His attorneys say he hasn't been bailed out yet because they believe the amount is excessive.

"We don't want him bailing out at this excessive amount, which is utterly ridiculous," said Salcido.

Peterson is scheduled to make his first court appearance on Monday.