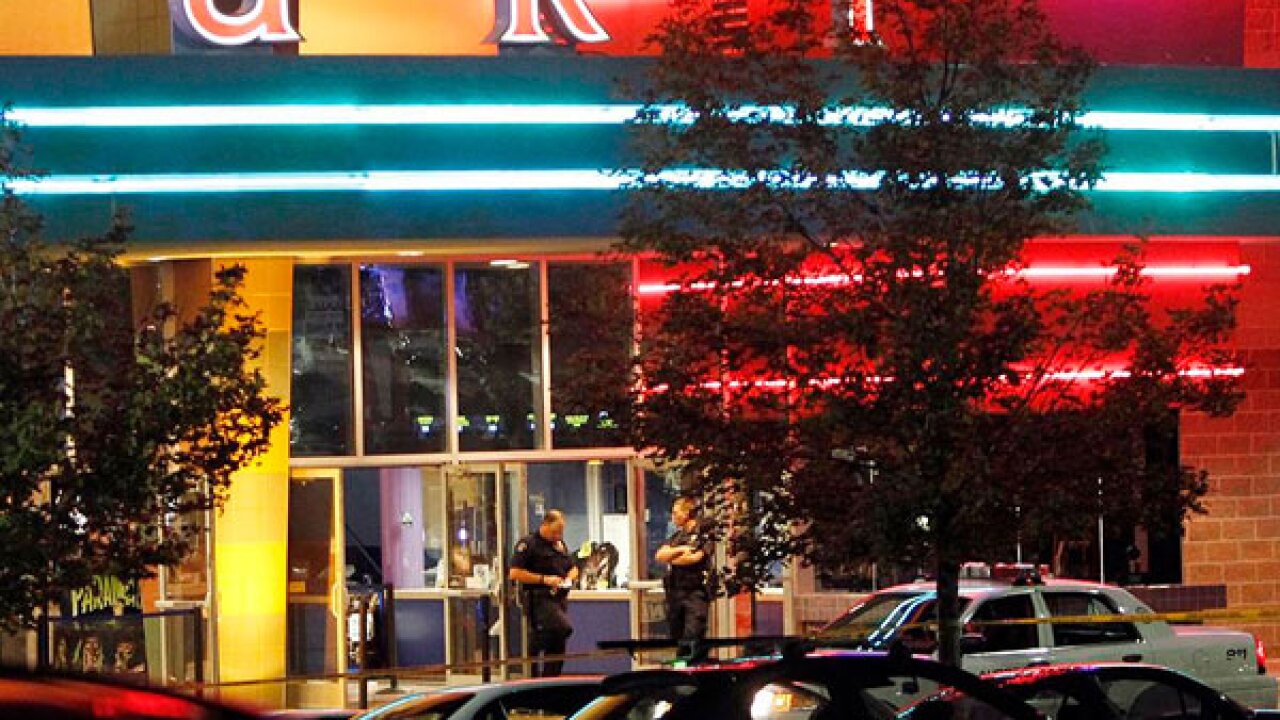 The Century 16 movie theater where at least 12 people were killed and many injured at a shooting during in Aurora, Colo., Friday, July 20, 2012.

(CNN) -- The man police say opened fire inside a crowded Colorado movie theater may have been planning the attack for months, the local police chief told reporters Saturday.

Suspect James E. Holmes, 24, is accused of killing 12 people and wounding 58 in the suburban Denver community of Aurora. He is also alleged to have rigged his apartment with booby traps so that whoever entered it would be seriously hurt or killed.

Holmes received a high volume of deliveries over the past four months to both his home and work addresses, which police believe begins to explain how he got his hands on some of the materials used in the attack and those found at his apartment, said Aurora Police Chief Daniel Oates.

"Make no mistake," said Oates, "this apartment was designed ... to kill."

Technicians, with the help of a robot, worked to handle traps, wires and possible explosive and incendiary devices, according to Jim Yacone, a special agent with the FBI who briefed reporters alongside Oates. Two devices were intentionally detonated at the site.

The operation proceeded with an eye toward preserving evidence, all of which will be sent to an FBI lab in Quantico, Virginia, Yacone said.

By Saturday evening, police said that "all hazards" had been removed from the suspect's apartment.

Hundreds of residents were evacuated from five buildings, including the modest, three-story brick building where Holmes told police he had rigged his top-floor, one-bedroom apartment with explosives. All occupants except those who live in the suspect's building were allowed to return home Saturday night, police said.

At least 26 victims of the shooting remained hospitalized Saturday -- nine in critical condition -- in five hospitals.

Grief counselors were staffing area high schools. And the city is planning a vigil Sunday night.

Also Sunday, President Barack Obama is expected to be in Aurora to meet with local officials and victims' families.

As the identities of those who died became public Saturday, Town Center at Aurora reopened for business, though its movie house -- Century Aurora 16 -- remained shuttered.

Police Chief Oates said he hoped his officers would be out of the theater by Monday to allow the suspect's defense team in there Tuesday. Theater owners could get the auditorium back Wednesday, he said.

Investigators have said little about what may have led the suspect to open fire during a premiere Friday of the Batman sequel "The Dark Knight Rises." The sold-out theater was filled with fans, some in costume.

The incident began unfolding late Thursday, when Holmes bought a ticket to the midnight show and entered the theater, a law enforcement source involved in the investigation told CNN.

But Holmes soon went out a rear door leading from the theater to the parking lot, leaving it propped open, the source said. He gathered weapons before re-entering through the same door, said the source, who was not authorized to release the information.

He was back inside the theater a few minutes after the movie had begun and was dressed head-to-toe in black, authorities said.

Witnesses described him as wearing a gas mask that concealed much of his face and head.

Holmes' hair had been dyed red, and he later told police he was "the Joker," according to a federal law enforcement source with knowledge of the investigation. The source was not authorized to release details to the media.

The federal law enforcement source's information about the suspect's appearance fits with a statement made to reporters by New York Police Commissioner Ray Kelly, who said he had been briefed by Colorado authorities.

Police Chief Oates declined to release details about Holmes' appearance other than to describe what he was wearing: a ballistic helmet and protective gear for his legs, throat and groin, black gloves and a gas mask.

He said he would not release the booking photo "for investigative reasons."

Police said Holmes set off two gas-emitting devices before spraying the theater with bullets from an AR-15 rifle, a 12-gauge shotgun and at least one of two .40-caliber handguns that police recovered.

"There was blood everywhere," Christina Blache, a shooting victim, told CNN's Don Lemon from her hospital bed Saturday. Her friend was one of those killed.

Holmes had bought the guns legally at stores in the Denver area over the past two months, Oates said. More than 6,000 rounds of ammunition were also purchased online, according to the police chief.

A receipt obtained by CNN shows Holmes bought some of the tactical gear, including a vest and a magazine pouch, online on July 2.

Holmes surrendered without resistance within seven minutes of the first 911 calls from moviegoers, Oates said. He was arrested in the theater's rear parking lot.

The Joker has long been a fixture in Batman comics and was famously portrayed by Heath Ledger in 2008's "The Dark Knight," the predecessor to "The Dark Knight Rises." Ledger, who died in 2008, won a posthumous Academy Award for his portrayal of the villain who encourages anarchists to take over Gotham City.

Holmes, who is being held in Arapahoe County Jail, is scheduled to appear in court on Monday morning. The court file was sealed, according to a court order.