Cameron Clark’s car is a joke 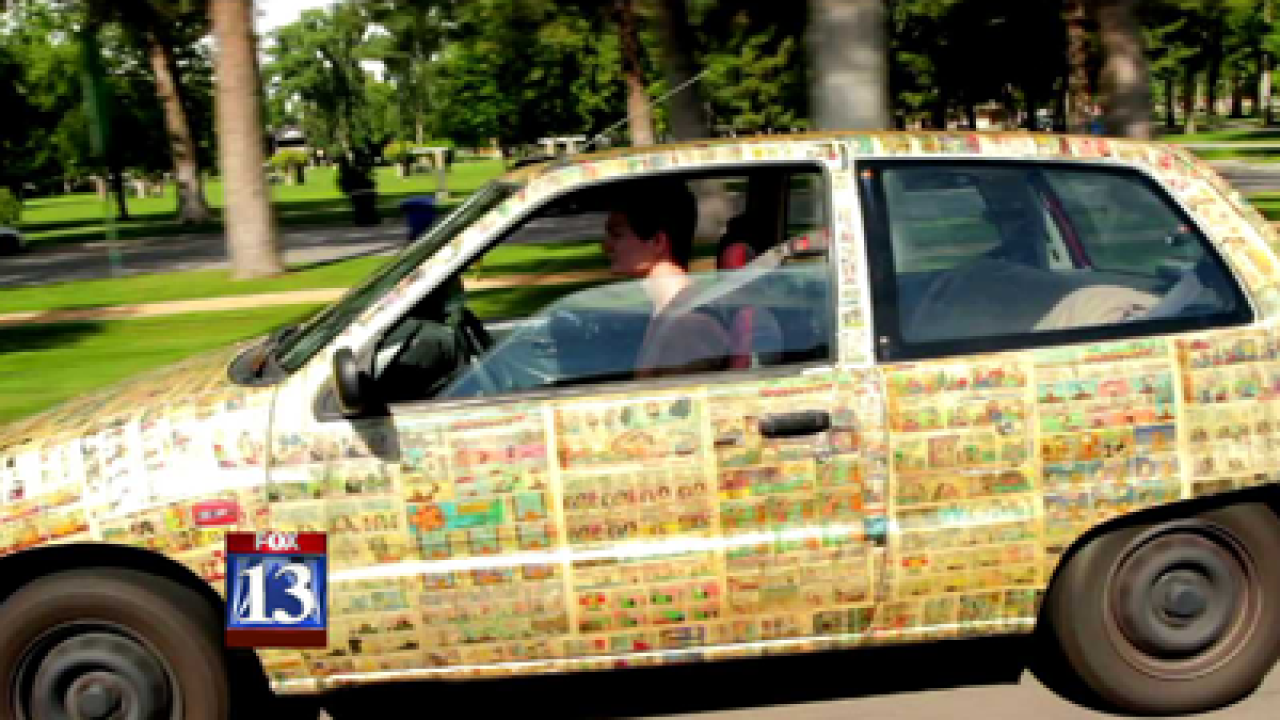 PROVO, Utah - It's alright to laugh at Cameron Clark's car. He admits it's a joke. Actually, several jokes. The 23-year-old man from Provo drives a cartoon-covered car.

"I get funny looks for sure, but I get them everywhere, so I'm used to it," he said.

The 1991 Hyundai has racked up 173,000 miles and has no air conditioning, but attracts attention everywhere it goes.

"The car was a gift from a friend and it didn't run. So when we finally got it running it was the 20-year-old red paint that had been sitting in the sun," Cameron said.

When the car was mechanically revived a couple years ago, Cameron created a fresh look for the three-cylinder ride.

"My grandma collects the comics for me. She handed me a big stack of 'em," he said, explaining how car came to be. "I decided to papier-mache it. It took three days."

The comic strips were applied one at a time using adhesives and paint and finished with "something that's used for finishing wood decks."

When asked if his car is a "chick magnet", Cameron quickly answered, "Yes! It got me my wife. She thought is was absolutely wonderful."

Married for nine months, the two met at a culinary school in Washington state and made the move to Utah in the colorful car which continues to rack up about a hundred miles a day as Cameron commutes between his home in Provo and his job in Salt Lake City as a baker at the Grand America Hotel.

Cameron remarked on the many luxury cars that come and go from the upscale hotel, "We actually just had Porsche (automotive group) in-house, so the bottom garage was filled with a hundred and fifty Porsches."

But he doesn't covet other cars.

And he doesn't mind if you point and laugh at his car. He and his aging Dihatsu can frequently be spotted on I-15...in the slow lane.