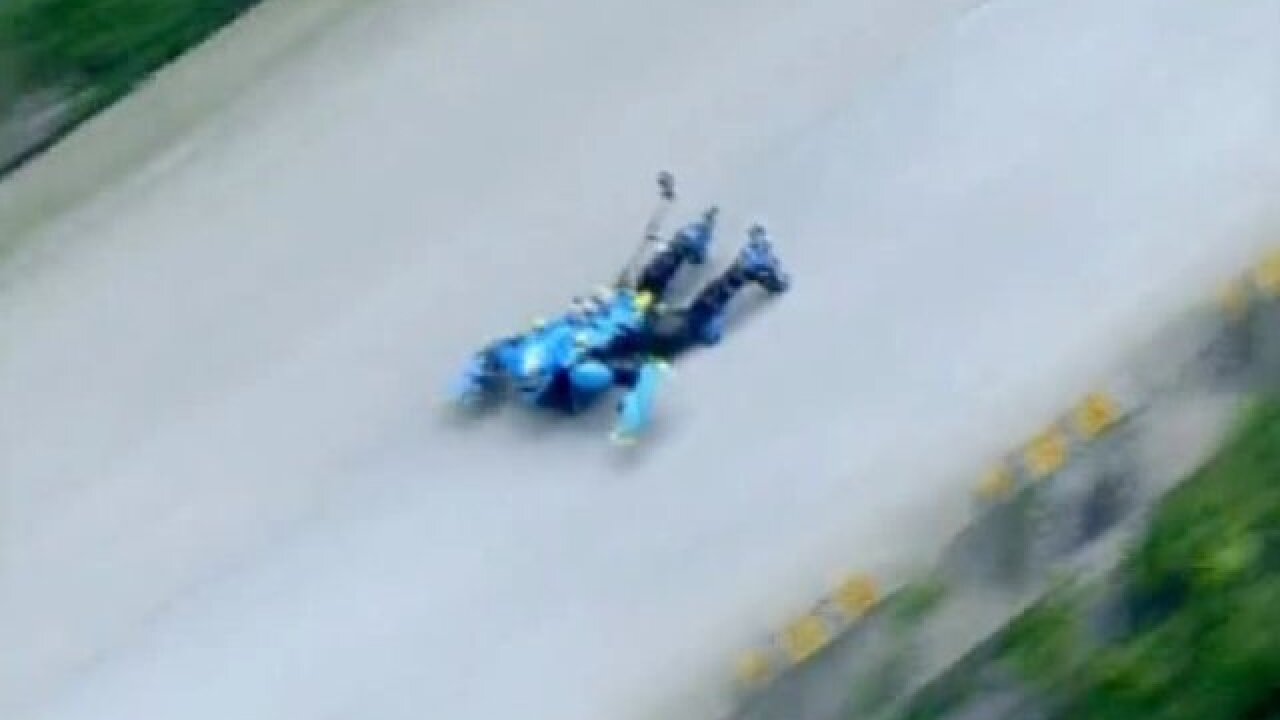 A man hanging upside-down on a bridge in China was rescued Thursday morning by firefighters.

A truck hauling 30 tons of coal rolled over when it turned onto a bridge and the driver was thrown out. His leg was stuck under the truck, leaving him dangling from the bridge.

After three hours, firefighters lowered by a crane were able to rescue the man.

Jean-Yves Blondeau, a French designer, created a special suit with 34 wheels attached to shoot down the 60-degree slope of a mountainside in the Hunan Province of China.

He was able to make it down the curving mountain by rocking his body to turn and standing up to slow down.

The world's biggest lollipop, a 7,000 pound See's sucker made out of 100 pounds of butter and 3,000 pounds of sugar and cream, made a pitstop in San Francisco.

The giant candy has about 14 million calories.