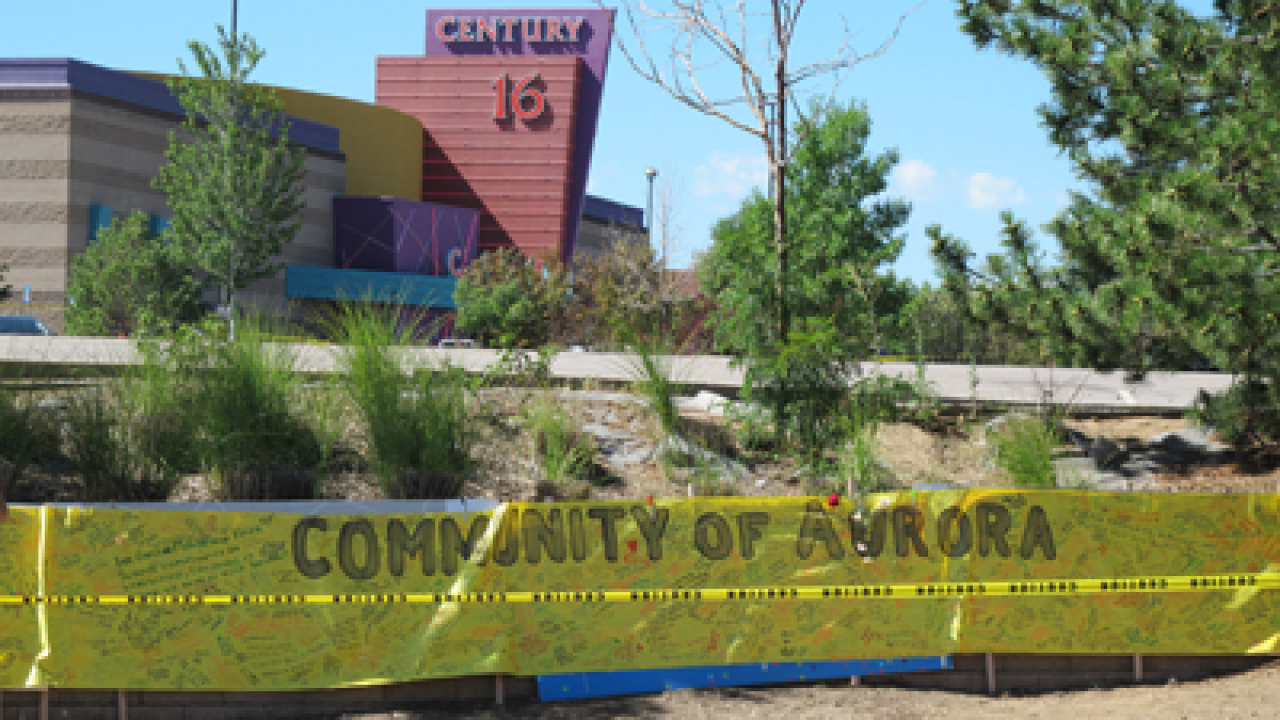 (CNN) -- President Barack Obama traveled to Aurora, Colorado, on Sunday to offer what words of comfort he could to the victims of last week's movie theater massacre.

He spoke after meeting with victims' families and survivors at the University of Colorado Hospital, one of several area medical centers that treated patients from the attack.

"I confessed to them that words are always inadequate in these kinds of situations, but that my main task was to serve as a representative of the entire country and let them know that we are thinking about them at this moment, and will continue to think about them each and every day," Obama said.

Twelve people were killed and 58 wounded in the Friday rampage that has shocked the nation and reignited a conversation about gun laws in America.

"It reminds you that even in the darkest of days, life continues and people are strong," the president said, after describing the recovery of some victims. "Out of this darkness a brighter day is going to come."

Though much attention has been paid to the "perpetrator of this evil act," that spotlight will fade, leaving behind just the good memories of those impacted by the tragedy, Obama said.

Nearby, thousands of Aurora residents gathered for a prayer vigil to remember the victims and to start the long and painful process of healing.

Colorado Gov. John Hickenlooper read the names of those killed and to each, the crowd responded: "We will remember."

"City of Aurora, the healing has begun. Your presence here is the step of healing that this nation needs to see. And I am so proud to be a citizen of Aurora, Colorado," he said.

"It is not this senseless act of violence that marks us as a community. It is the lives and acts of these heroes and the innumerable acts of kindness, love, and care for our neighbors that defines who we are," Aurora Mayor Steve Hogan said at the vigil. "We will reclaim our city in the name of goodness, kindness and compassion."

The man accused of opening fire inside the theater left a trail of evidence that police say suggests the shooting was part of a calculated plan that included killing anyone who tried to learn more about him in the aftermath of the attack.

Authorities have said little about what they believe was the motive of suspect James E. Holmes, though investigators say there is evidence planning was under way for up to months beforehand.

Holmes, 24, is being held in connection with the shootings at the theater and the subsequent discovery of his booby-trapped apartment, which authorities believe he rigged before leaving for the Century Aurora 16 multiplex. He is scheduled to appear in court on Monday morning.

Holmes received a high volume of deliveries over the past four months to both his home and work addresses, which police believe begins to explain how he got his hands on some of the materials used in the attack and those found at his apartment, said Aurora Police Chief Daniel Oates.

"What we're seeing here is evidence of, I think, some calculation and deliberation," Oates said.

Gov. Hickenlooper told CNN's "State of the Union" Sunday that he spent a day going from hospital to hospital, talking with survivors.

He concluded that Holmes was a person who wanted to terrorize and instill fear in people's lives, but said he can't conceive of a motive.

"This is a deeply troubled, twisted, delusional person," he said.

One survivor, Josh Nowlan, sustained gunshot wounds, but said he is happy just to be alive. He wouldn't be, he said, if the suspect's weapon had not jammed.

"I know I wouldn't be here. If that gun did not jam, I am full certain that I probably would not be here," he said from his hospital bed Saturday.

Echoing Nowlan's comments, a law enforcement source with direct knowledge of the investigation said Sunday that a semi-automatic rifle used in the killings jammed, apparently because of a problem with the 100-shot magazine feeding it.

The military-style AR-15 had a separately purchased drum magazine, which can have trouble feeding bullets into the firing chamber if the gun is fired rapidly, the source told CNN.

Investigators say the rifle was one of three guns used by the suspect, along with a shotgun and a .40-caliber pistol.

Technicians, with the help of a robot, worked to handle traps, wires and possible explosive and incendiary devices, Jim Yacone, a special agent with the FBI, told reporters Saturday.

The operation proceeded with an eye toward preserving evidence, all of which will be sent to an FBI lab in Quantico, Virginia, Yacone said. Among the items seized from the apartment were a Batman poster, Batman mask and a computer, according to the law enforcement source. The shootings occurred during a screening of the new Batman movie, "The Dark Knight Rises."

Hundreds of residents were evacuated from five buildings, including the modest, three-story brick building where Holmes told police he had rigged his top-floor, one-bedroom apartment with explosives. All occupants except those who live in the suspect's building were allowed to return home Saturday night.

As of Sunday, at least 17 people remained hospitalized -- eight in critical condition -- in five area hospitals.