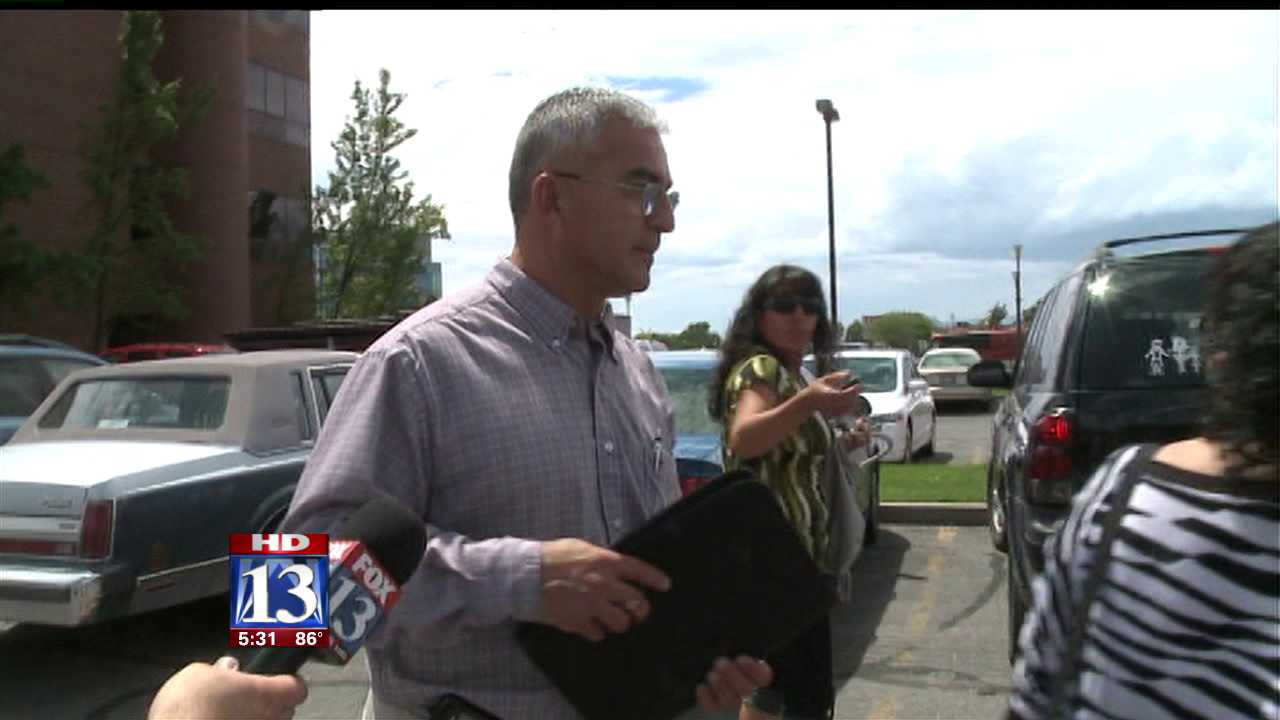 A Lehi daycare provider will go to trial as four girls, ages 3 to 10, testified at a preliminary hearing that 44-year-old Alfredo Vargas sexually abused them while they were in his care back in 2011.

The girls said Vargas would play games with them and and touch them inappropriately.

“Tickling them and try to sing a song and put them at ease while he was touching them sexually,” said Utah County Deputy Attorney Craig Johnson. “Then you have the 8-year-old who got up today and said ‘I told him to stop and he didn’t.”

Parents who didn’t want to be identified sobbed as their daughters testified that Vargas abused every girl at the Little Bears Academy in Lehi.

Alfredo Vargas, 44, leaves a Provo courthouse on July 23. He is charged with 15 counts of child sex abuse.

“It’s just hard to see our kids up there having such a hard time talking about these things,” said one Utah County mother. “They’ve been so brave.”

Prosecutors say the abuse happened over several months last year, some of it in November 2011, while Vargas ran the daycare himself while his wife was out of the country in Chile.

Vargas’ defense attorney argued that prosecutors did not prove sexual intent. They said he could’ve touched the children simply by changing their diapers or clothes and the kids made up the allegations.

Prosecutor Craig Johnson fired back saying, “the fact that he’s saying that he can touch them all these times for non-sexual purposes is just bunk.  Intent is formed by actions and when you see someone touching not one, two, three or four, but more than that. It’s obvious this was done for sexual gratification.”

Vargas once faced 26 sex abuse charges, but several children changed their story forcing prosecutors to dismiss some of the charges.  Vargas now faces 15 felony counts of aggravated sexual abuse of a child.

Prosecutors refuse to take a plea deal and parents hope it will be enough to put Vargas away.

“We’re just hoping that justice is served and no other children will be hurt by this man,” said mother Alicia Turner

Vargas is due back in court August 9.  He is expected to enter a not guilty plea and a trial date will be set.  If convicted, Vargas could serve 15 years to life on each charge.